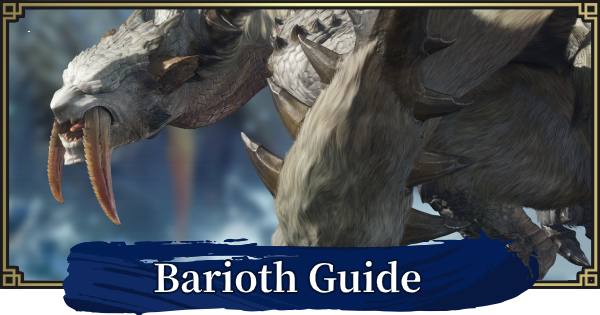 On the official digital event held on January 7th, Barioth was officially confirmed to be returning to Monster Hunter Rise! It will spawn on the Frosty Islands locale, and was spotted taking out a Great Izuchi. It seems to still have its familiar tornado attack as well.

Barioth is not only quite fast, but agile as well: it can use its triangle jump attack against walls to move around quickly. Its airborne and tornado attacks also make it quite a frustrating, powerful opponent.

Destroying Barioth's fangs causes its Tornadoes not to linger, and destroying the spikes on its wings caused it to slip. It's possible to destroy parts of its body in order to greatly weaken it!