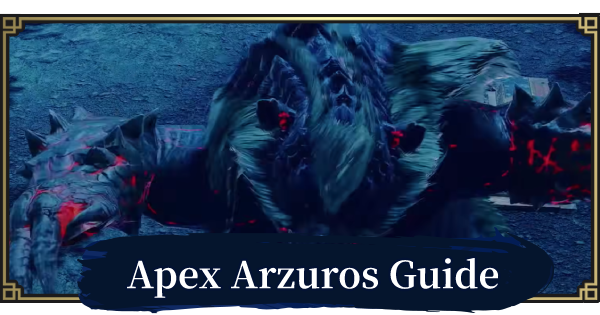 Haste Makes Waste is an Event Quest released on May 21, 2021. In this Quest, you will need to hunt an Apex Arzuros in Flooded Forest.

Appears During The Rampage

The Apex appears during the rampage. It appears more menacing than its normal counterpart, being clad in black and having red yes, with its cracks glowing with red. It is highly

Check Out The The Rampage Guide

Appears As The Boss Of The Rampage

As the final challenge, the Apex Arzuros attacks the village as ultimate boss of the Rampage. You can only clear the Rampage once you beat it. Beating it however, can be a problem.

The Apex Arzuros has a move than can destroy defenses with a single attack. You can see the damage using the image above and if a hunter gets hit, a critical state is highly likely. It also prioritizes the destruction of defenses.

From the way it looks, it would be hard to presume that Apex Arzuros is just an older, naturally occuring form of the regular Arzuros. There's a chance that it was affected by external factors. In the event that The Rampage has contagions such as viruses and the like, monsters becoming Apexes may be a side effect of these external factors.

Has Moves Similar To Arzuros

The Apex Arzuros uses a lot of moves similar to its original version. As all of its attacks deal high damage, make sure to get used to the movesets of the normal Arzuros so you can easily dodge them.

Check Out The Arzuros Guide Here

Apex Arzuros jumps up then slams its body down, damaging those unfortunate to be under it. The jump is so high that you have to manually operate the camera to see its whereabouts.

Apex Arzuros makes an uppercut, sending those caught in it upwards. This attack has a long reach so best maintain your distance when it starts gearing for this attack.

You Can Safely Attack From Behind

Most of Apex Arzuros's attacks are always frontal. Therefore, you can attack while reducing the number of hits by attacking from behind. However, while it is safe, the Rear is hard, so aim firmly behind where you can attack the weak front legs as well.

It may make a hip attack after jumping that deals with the highest attack power among the attacks of Apex Arzuros. Evade away from the jumping attack to avoid getting damage and have a chance to attack him.

Be Careful Of A Wider Attack Range Than Normal Individuals

The attack pattern of Apex Arzuros is almost the same as that of a normal individual Arzuros. But the attack range is wider, such as flying rocks when throwing. If you avoid it while thinking it was the same Arzuros, you will often be hit by his attacks, so fight while keeping a distance diligently, or sneak firmly behind.

If you fight Apex Arzuros while bringing honey, it will most likely steal it from you. But he will also eat the honey on the spot. You can use this opportunity to attack him.

Check Out Other Apex Monsters Here