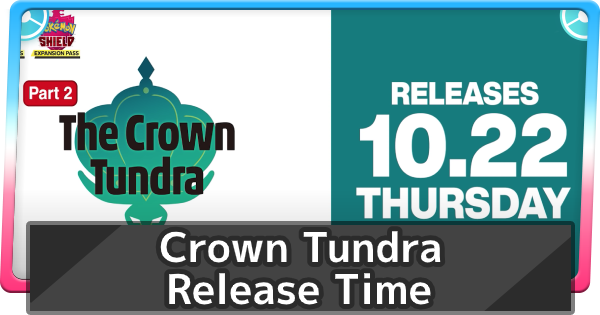 The following is based on some speculation. The actual release time of the game may differ slightly.

The second part of the Pokemon Sword and Shield expansion pass, the Crown Tundra, will be coming on October 22nd and 23rd, depending on where you live! We are not sure of the exactly

The release of the Crown Tundra will be simultaneous worldwide, meaning while North America will get it on the 22nd, Europe and Asia will be receiving it on the 23rd. Make sure to prepare accordingly!

Check Out A List Of All New DLC Pokemon

The previous DLC expansion, The Isle Of Armor, was released during a slightly different time, at around 9am EST. The release for Crown Tundra is expected to arrive at a different time, though the reason for this change is not clear.