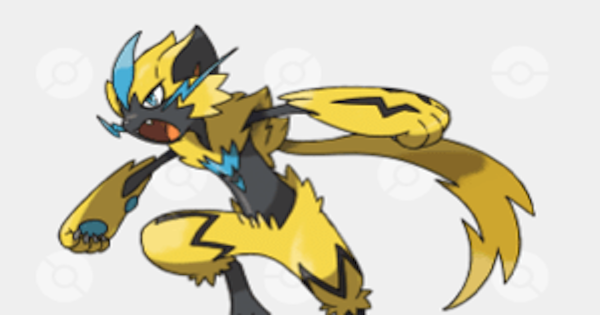 Zeraora's massive 600 base stats and mono-electric typing making it quite formidable, having only one weakness. Also, Its 143 speed stat makes it faster than even Dragapult!

Zeraora has access to Fighting, Electric, Grass, and Fairy moves, meaning it can land a super-effective hit on quite a large variety of enemies. It will be able to 2 shot a majority of Pokemon, and due to its speed, it will certainly be able to hit first.

Play Rough is added here mainly to deal with pesky Dragon types like Dragapult and Kommo-o, but if you've got that covered on another Pokemon, it might be worth it to run Knock Off. This move disables the opponent's item, which can heavily crippled some tanks.

Specialize Zeraora to be an agile and deadly sweeper.

How To Play Against Zeraora

Burning Zeraora will cut its attack and dramatically reduce its effectiveness. Galarian Corsola is a good bet here, but Heat Rotom would also work as well.

Use A Scarf Earthquake

It will be next to impossible to outspeed Zeraora without the use of a Choice Scarf. If you see Zeraora all too frequently, consider raising up a Dugtrio, as they will outspeed and one-shot Zeraora with Earthquake.

How To Get Zeraora

Zeraora is a Mythical Pokemon which is normally not obtainable. However, for a limited time only an in-game campaign will be held, where 1 million players must defeat Zeraora in max raid battles. If players are successful, everyone will get a Shiny Zeraora for free!

Actually Naive nature can be better for mixed zeraora

Very helpful! This was so useful to stop my zeraora from being one-shotted and having lots of weaknesses!

Very helpful, except that when I tried to teach my new shiny Zeraora that I got from the whole Zeraora Max Raid Event Iron Head, it wasn't teachable. I don't think Zeraora can learn Iron Head.