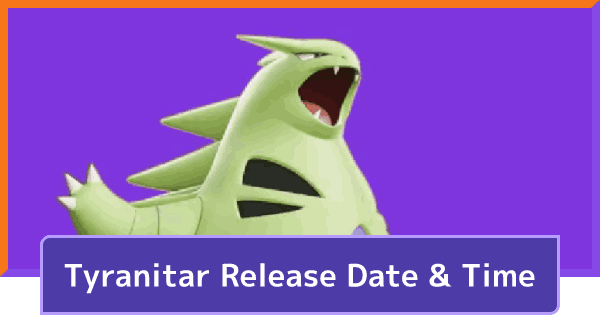 Tyranitar release date is on May! Tyranitar is an upcoming character in Pokemon Unite (MOBA) for the Nintendo Switch, Android, & iOS. Learn the price, cost, moveset, stats & role of Tyranitar!

Tyranitar Is Coming To Pokemon Unite!

Tyranitar was officially announced to be coming to Unite together with Buzzwole this coming August in Pokemon Unite. With Duraludon's release beforehand, Tyranitar was expected to appear in the Unite as well. Will these two nemeses will keep up their rivalry in the Battle Arena? Stay tuned for upcoming news here!

Maybe An All-Rounder or Attacker

Tyranitar has a possibility that it may be another Attacker like Duraludon or it may also be another All-Rounder.

What Kind Of Pokemon Is Tyranitar?