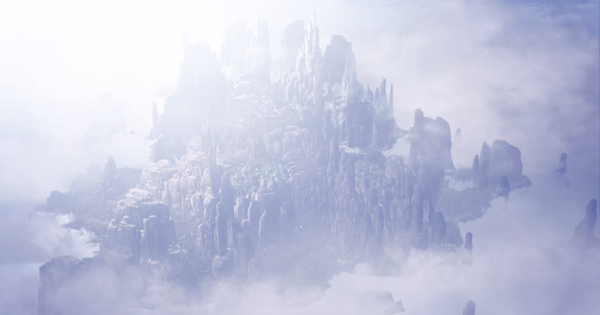 Related Article On The Guiding Lands

Complete "Across the Lost Path" To Unlock

To unlock the Tundra region in guiding lands, you must first complete the new quest "Across the Lost Path". Talk to the NPC at Seliana to start.

A new region - Tundra has been Added Guiding Lands with the December 5 Free Title Update. The new Tundra Region is a frigid land of snow and ice filled with different monsters to hunt!.

The Tempered Ruiner Nergigante will mainly appear in the Tundra region. It's an even tougher version of the Nergigante. Test your skills in this challenging fight to earn all new rewards!

Other Cold Habitat Monsters Will Appear

The Tundra Region will be home to Monsters that are active in cold environments. Barioth & Viper Tobi-Kadachi are just some of the Monsters that can be found here.

Region Levels Can Be Fixed

The new patch had some adjustments to the Guiding Lands. Now you can choose to fix your region levels. This allows you to play multiplayer with others without worrying about lowering your region level.

Things To Do & Priority

The Guiding Lands is composed of several different areas. Defeating large monsters will raise the Region Level. The higher the Region Level, the more chances of spawning stronger monsters!

Check Out All Unlockable Monsters Here!

Make Sure To Capture New Monsters

Monsters in the Guiding Lands appear randomly depending on your region level. If you want the materials from certain monster, capture the monster so that you get optional quest to fight again.

You can obtain special materials that only appear in the Guiding Lands. After you've finished leveling up the Region Level, first thing you should do is to collect those & strengthen your Master Rank loadouts.

How To Farm Ores & Materials In Guiding Lands

Set Up Camp In The Forest Region

Set up camps in the Forest Region to fast travel between the different areas of the Guiding Lands. Check out the link below for the different camp locations!

How To Raise Region Level

Most efficiently way to raise region level is to continuously trap the same monster. Bring Pitfall Traps, Shock Traps & their crafting materials then keep on trapping the same monster. Go back to your base camp with Farcaster when you run out of traps. Continue this until you reach your desired region level.

Region Level increases by hunting monsters & collecting traces. The higher the Region Level, the stronger monsters you will find.

Each Monster Is Assigned A Certain Region

Each Monster in The Guiding Lands are all assigned to certain region. Check the region icon next to the appearing monsters to see which region level will increase after you defeat them.

Some Monsters Have Multiple Assigned Regions

Note that some monsters have multiple regions assigned. So always check the region icon next to the monster.

You should also note that monsters change every time you start new expedition so goto different map and come back to the Guiding Lands again to encounter new monsters.

Increasing One Region Level Lowers Others

When you increase the levels of one region, you'll automatically lower the levels of other regions. So if you're looking for monsters from different regions, you may take more time in the Guiding Lands.

The Region Levels in the Guiding Lands are locked behind your Master Rank levels. For example, you can only get a region up to Level 5 if you're in the Master Rank range of 50 - 69.

:p; In the Guiding Lands, fainting is pretty common. Using the skill Fortify will increase your attack & defense every time you faint. So if you don't mind less rewards, it's best to use Fortify in the Guiding Lands.

Which Region Level Should I Raise?

Check Out How To Beat Brute Tigrex!

Unlock Tempered Namielle by raising level of Coral Region to 7. You need materials of Namielle for augmenting Health Regen for Rarity 12 weapon. - a strong augment that increases survivability significantly.

Check Out How To Beat Namielle Here!

You need NON-TEMPERED Zinogre materials for augmenting Health Regen on Rarity 12 weapons. The Zinogre becomes Tempered when the Forest Region level is above 6.

Materials To Get In Each Region Level

Check the table below to know the important materials you should obtain in each region level. The materials are mainly used to power up useful charms & important augmentation such as Health Regen.

The materials dropped only in the Guiding Lands are used in augmenting Master Rank loadouts & upgrading charms.

Check Out How To Augment Master Rank Weapons!

The materials you get from Tempered monsters will be different from their normal versions in the Guiding Lands.

How To Research Large Monsters

While exploring the Guiding Lands, you will come across Special Tracks. These Special Tracks come from Turf Wars between large monsters. Once you find these tracks collect them as soon as possible!

Check Out How To Collect Tracks Fast!

Check Out How To Break Monster Parts Here!

Talk To The Handler To Lure Out Monster

Once you've fully progressed the research of a monster, talk to the Handler to lure out the monster. You can only do this the number of times allowed in the Handler's inventory.

No. of stars indicate monster's chance of appearing in Region Level!!!

What Is The Guiding Lands?

The Guiding Lands is an all-new area which features a complex ecosystem that consists of multiple regions. These regions are similar to past areas such as the Ancient Forest and the Coral Highlands.

The Guiding Lands is home to Master Rank monsters only. Hunting any of the large monsters will reward you with MR points. After a certain time, the current monsters will leave the area and be replaced with other monsters.

If you are hunting a certain monster, or they are low on health, it will take longer for the monster to leave the locale.

Mining Outcrops and Bonepiles from the Guiding Lands will also reward you with special materials that can't be obtained elsewhere. These materials can be used to augment weapons that have a rarity of 10 or higher!

How To Unlock The Guiding Lands

As the Guiding Lands is an endgame area, you will need to defeat the final boss of Iceborne's main story to unlock it.

Only Available In Iceborne

Manage monsters and materials in the Guiding Lands. 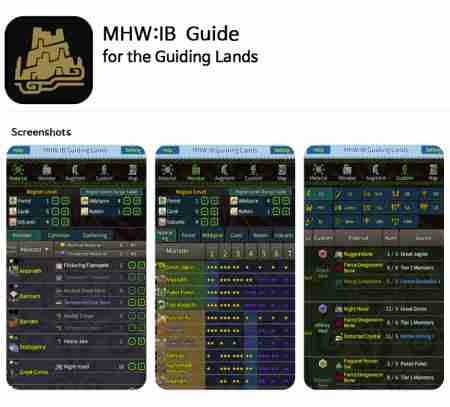 As you level up areas you can look in the hunter notes guiding lands section.

How about using the 《Handler's SecretNote》 app? English is supported and pretty good.
It's here 《 https://play.google.com/store/apps/details?id=dev.mocked.secret 》. Try it out. Searchable by 《MHW》.

Its not to bad. Could be more indepth but still a good overview.

Gold rath and Silver rath spawn at region level 6, not 5. This feels like a super low effort guide :/