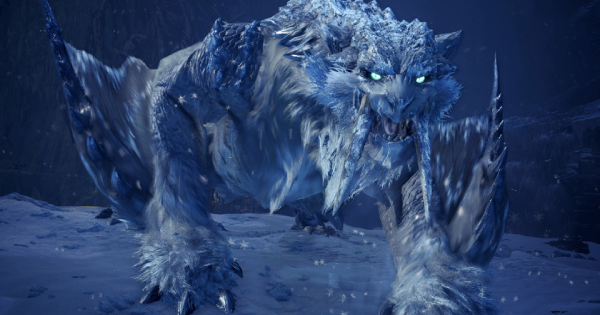 Frostfang Barioth - How To Unlock

A new variant endemic to Monster Hunter World: Iceborne, the Frostfang Barioth will come to the New World in a tempered version. Its ice attacks are deadlier, colder than ever before.

Check Out How To Beat Barioth!

The Frostfang Barioth will have more deadly sub-zero attacks that can freeze the ground and your Hunter. Make sure to keep mobile and avoid the icy air to keep from getting frozen.

Ice-based monsters are more vulnerable to fire-based elemental weapons. It's best to bring your most powerful Fire weapon during the hunt against Frostfang Barioth.

Torch pods will be heaven-sent in this fight as they will melt away the Frostfang Barioth's ice on the ground. If you happen to step on the ice, use a Nulberry to immediately get rid of Iceblight.

When the Frostfang Barioth's teeth and arms are broken, it'll be more vulnerable to attacks. Its ice breath will also have shorter range, making it easier to sidestep the icy ground.

Breaking the Frostfang Barioth's head twice will make its icy breath's range much shorter. This will make it easier for you to dodge & keep yourself or your teammates safe from its Iceblight.

The icy ground created by the Frostfang Barioth cannot be avoided, even if you have Iceproof Mantle or Temporal Mantle on. Make sure to just stay away from it to avoid being slowed down.

The Frostfang Barioth has three weak spots - the head, the forelegs, and the tail. The head can be broken twice, breaking both its fangs, while both forelegs can be broken. The tail can be severed.