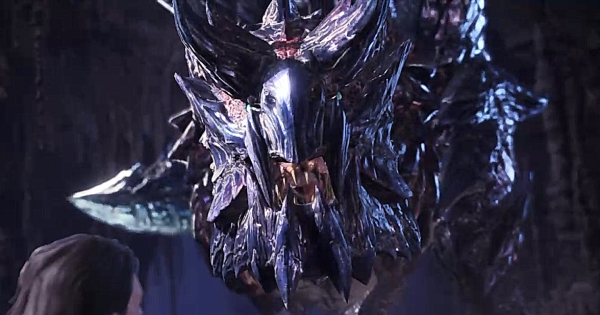 Glavenus first appeared in Monster Hunter Generations and has now arrived to the New World! It has heavy body armor, a sharp tail, & multiple fire-based attacks.

Glavenus is known for its powerfully sharp tail attacks and fire-based damage with its bites & fireballs. It can easily burn through your health with its strong damage-dealing moves.

Glavenus consistently activates its fire attacks and can implement Fireblight on you when you're hit. Make sure to bring your Fireproof Mantle or use Fire Resistance skills to keep burn damage to a minimum.

Being a fire monster, Glavenus is weak against water-based elemental weapons. If you want to deal the most damage to this monster, bring your most powerful Water weapon.

Glavenus does a series of fast-paced tail spins and smashes, before and after sharpening its tail. When the tail is glowing red, these moves hit harder and can inflict Fireblight.

Learning the Glavenus's moves, the length of its tail, and where its hits land will save you a lot of time. Mastering these attacks will keep you safe and help you find openings to attack the monster.

Glavenus has 2 notable weak spots - its head and its tail. The tail can be cut off, while its head, back and forelegs can be broken.

Does More Damage When Tail Is Glowing

Glavenus is more dangerous when its tail is sharpened and glowing. His tail swipes will hurt more and deal fire damage. Stay cautious when this happens.

One of Glavenus's most dangerous moves is its tail spin attack. Once it bites its tail and gets ready to spin, move as far as you can or prepare to counter or guard against the move. It does this twice when it is enraged.

Beware of the fireball that the Glavenus spits out as the ember left over will explode after a few seconds. Move away from the fireball leftovers immediately before their explosions can hit you.