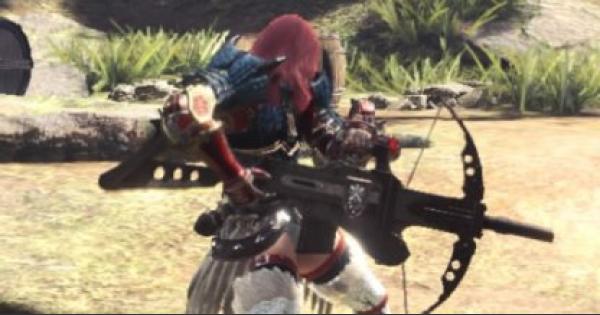 MHW: ICEBORNE
How To Use Light Bowgun - Recommended Combos & Tips

How To Use Light Bowgun

The Light Bowgun allows you to move and shoot fast, and has high mobility in general. You can even use this weapon while performing other maneuvers such as sliding, and evading while shooting.

The Light Bowgun has a wide variety of abnormal status ammo which is great for team hunts. Whenever you can, shoot the appropriate status ammo on the monster's weak point.

Has The Unique Wyvernblast Ammo

The Light Bowgun has the unique Wyvernblast Ammo that lets you set explosive landmines that explode when a monster steps on it. This compensates for the relatively weaker firepower of the Light Bowgun vs. its heavier counterpart the Heavy Bowgun.

Its Melee Attack Has A High Stun Value

The light bowgun can also stun monsters with its melee attack, which is a viable option when attacking up close.

The Light Bowgun can be equipped with custom mods that can improve its performance, including reload speed and more. The only mod it cannot equip is the Shield, and the Deviation Suppressor can only be equipped on Light Bowguns that have deviation.

Has No Shield & Can Only Evade

The attack power of ammunition available to the Light Bowgun is lower compared to the Heavy Bowgun. As such, your primary goal is to use Wyvernblast as much as possible, and aiming for enemy weakpoints. It's also best to focus your effort on shooting abnormal status bullets.

When using the Light Bowgun, it is important to increase the damage of the corresponding ammo type being used (Spread Ammo, Pierce Ammo, etc.) and to strengthen your resiliency against monster attacks.

This skill mix allows you to strengthen the attack power of ammo you will usually use when using the Light Bowgun. It's important to also increase the attack power, as well as affinity stats to improve overall damage.

The Free Elem / Ammo Up skill allows you to load more bullets per reload, increasing your damage potential on a monster. Since the Light Bowgun does not have a shield, it's recommended to improve evasion related skills such as the Evade Window.

Familiarize Yourself With Ammo Types

Each Light Bowgun can only equip a specific set of ammo, so familiarize yourself with each available ammo type. Before going on any hunt, equip only ammo that you can use, and which fits best to the hunt.

Each ammo type also has a different Damage Type. For example, Slicing Ammo can deal cutting damage, which will be best aimed towards monster tails.

Make Sure To Fire Within Critical Distance

Watch the reticle as you aim towards a monster. It should glow bright to indicate if you are within Critical Distance.

Use Wyvernblast When Monster Is Down

Since the Wyvernblast is a stationary mine, it works best when set on a downed monster, or when the monster is resting.

Use Melee Attack To Trigger Wyvernblast

To maximize the damage of Wyvernblast, it is best to trigger it instead with a melee attack to the head. You will hit the head & trigger the explosion at the same time.

Make use of the radial menu to help you quickly craft ammo and materials on the fly. Make sure to set up for all applicable ammo types you carry.

Check Out How To Use The Radial Menu Here!