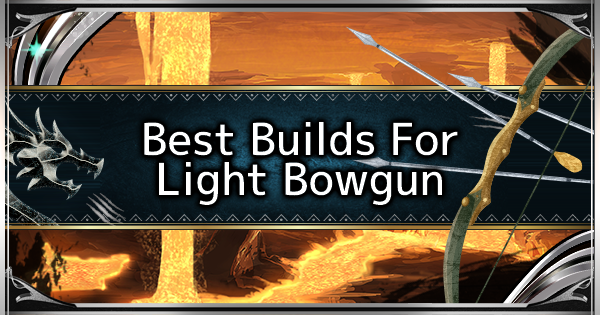 This set is inspired by the armor build originally shared by Arekkz Gaming on Youtube.

For the starting phase of Iceborne, your fully skill-optimized loadout will be easier & more effective to use. There is no need to craft new gear for Iceborne if your build is solid.

Activates The Minimum Amount of Skills

This build will activate several of the most necessary skills, such as Artillery 5, Ammo Up 3, Peak Performance 3, & KO 3. It will also take battles in the Guiding Lands into consideration & offers some defensive options with Health Boost & Maintenance.

Stuns Monsters Over & Over!

The Dark Demented Crossbow is capable of rapid fire with Sticky Ammo Lv2, so your main goal should be to stun the enemy over & over. It is possible to stun 5-6 times in the span of one quest!

The Dark Demented Crossbow's Lv2 Sticky Ammo has a rather slow reload, so it's risky to try reloading normally. Instead, try to add 3 Evade Reload Parts & dodge when you see you've used up your last shot. If you are interrupted by a roar during this time, you'll need to reload manually, so be careful!

This build does not have any γ equipment as part of the set, allowing it to be easily made & accessible to those looking to farm monsters with higher difficulty. The Empress Shell "Styx" is an LBG that performs exceptionally well with this set.

This build focuses on the Light Bowgun's Wyvernblast move, making it more powerful as it hits the monster. Expert & Critical Jewels can be switched out for decorations with elemental attack if you're facing a monster prone to elemental damage.

Can Load Up To 6 Lvl 2 Normal Ammo

This build focuses on the Taroth Blitz Support weapon & allows it to load up to 6 normal Lvl 2 bullets. You can fire more rounds to deal more damage to your targeted monster.

In this recommended set, you're already require to fill up 2 Mod Type slots with Recoil Suppressors, leaving you with one free frame. You can equip Close Range Up for more firepower when hitting close-range targets.

To enhance the Peak Performance skill in this set, it's best to augment your Light Bowgun with Health Increase. Avoid taking damage & your attack bonuses will stack, letting you hit the monster harder.

This build can use a wide range of status-effect ammos, like Poison Lv1~2, Paralysis 1~2, Sticky Ammo Lv2~3. For damage, Rapid Fire Normal Ammo 2 is the main choice.

While not as efficient as Sword & Shield, you can support with Light Blowguns since it sheaths quickly. Focus on stable support skills like Mushroomancer and Wide-Range, then pick up Speed Eating and such.

This build leans toward support, so damage wise will be less than offensive builds. If you want more damage, swap Evade Extender for Weakness Exploit or Critical Boost.

Free element/ammo up maxed out is necessary for most bowgun builds.If you're somewhere at the start or middle of the game u can get away with ammo up2 but endgame you'll want 3 it's pretty much mandatory except u use fulgur shot/normal 2, which is fine with ammo up2 (but it won't be the strongest)

Why 3 Release for Water Elemental Aquashot? One Release level already brings you to 7 water ammo which is the max, no? (when I add 2 more Release the number does not change)

For sticky build, Zorah Claws B+ has a 4 slot and a 1 slot. It is not possible to equip a pierce jewel 3 in that armor