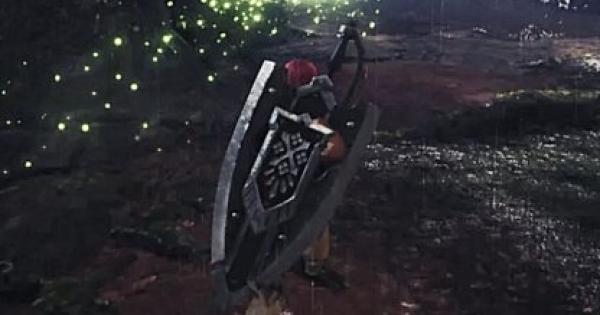 Check out this Monster Hunter World: Iceborne guide and walkthrough on how to use the weapon - Charge Blade! Learn recommended combos, skills, play tips, & more!!!

How To Use Dual Blades

Should I Use Charge Blade In Iceborne?

Power Axe Mode revolutionized axe mode of Charged Blade. By using it, you can supplement the weakening of Amped Element Discharge. This mode buffs other attacks as well, adding more variety to your moves.

There will be additional damage during Power Axe Mode. Even Raising Slash can damage monster heavily. This mode will also buff Element Discharge as well.

Power Axe Mode uses phial overtime. Make sure you check how much phial you have when doing any action requiring phial. By charging phial, Power Axe Mode extends.

Weapon With Two Modes Of Attack

The Charge Blade is a versatile weapon that offers Hunters two modes of attacking in combat situations. The two modes are a fast sword & shield mode, while the second is a devastating axe mode!

When in Sword mode, hitting monsters will charge up to 5 phials. The energy stored in these phials can be used to increase your shield's defense, or increase attack power in axe mode. There are two types of phials: Impact and Elemental.

These phials give an extra depth to the Charge Blade weapon. Please note that certain skills will only affect specific phials such as the Artillery Skill only affecting impact phials.

Guard Point Is A Unique Feature

The Charge Blade possesses the Guard Point feature which is key to mastering combat with the Charge Blade. When the shield is facing forward during certain attack animations, it will block incoming attacks, allowing you to counterattack much faster!

Certain attack animations will take time to move the shield to the front. Certain attacks will also move your character's position. Make sure to be in good position and master the timing to correctly execute the Guard Point!

This is easiest and fastest combo that will deal some damage and at the same time, quickly charge up your phials.

Despite not being able to charge your phials as fast as the first combo, this is also a viable combo for charging up your phials since it integrates getting in and out of the monster's attack range. This keeps you safe from danger when charging your phials.

This combo is similar to the fast phial charging combo, with a minor tweak. Instead of using a shield thrust, you now move around to avoid getting hit by the monster's attacks. This keeps you safe from incoming attacks when charging your phials.

When your shield is charged, you can quickly get off a Super Amped Elemental Discharge attack from when the weapon is sheathed. This will allow you to do a big amount of damage for when there is only a small window of opportunity to do so.

This is a great combo to remember since you can get a lot of attacks off from when your weapon is sheathed. Remember that your shield needs to have energy stored within it to execute the super amped attack!

Since the Charge Blade is most effective when its phials are fully charged, focus on increasing your attack damage, while at the same time lowering the time you need to charge up your phials. This will allow you to increase your DPS in a short amount of time!

To get the most out of this weapon, players must follow the procedure written above. You will get the most bang for your buck by following the steps since it increases your damage output, but will also reinforce your defenses when fighting monsters!

Your hunter will start storing energy into the phials when attacking monsters using the sword and shield mode. This is shown by the phial icons below the sharpness gauge. The energy changes color from "white -> yellow -> red -> overheat".

Be Cautious Of Overheating

If there is too much energy stored in your phials, your weapon will overheat. This will cause your attacks to bounce off targets regardless of sharpness. Make sure to move the energy of the phials elsewhere when it is overheating.

2. Strengthen Your Shield With Energy In Phials

Once you've stored enough energy in your phials, move this energy to your shield to gain various benefits and effects! You will know that you've strengthened your shield when it or its icon is glowing.

Shield Charge Has A Time Limit

Once your shield has been charged, keep in mind that there is a time limit before the shield loses its charge. This is why you should keep on repeating the process to keep the shield charged, and gain the benefits indefinitely.

When you have enough energy stored in your phials, you can then unleash the energy via strong axe attacks for the maximum amount of damage! Since this is a slow attack, it is best used on knocked down monsters.