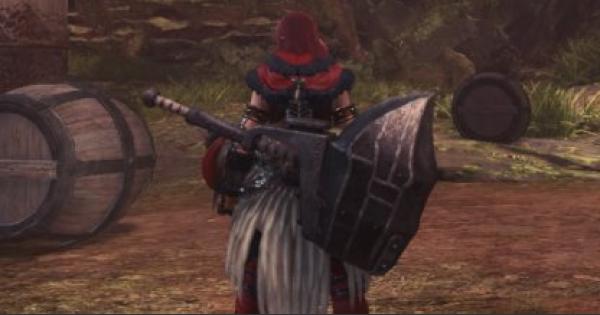 MHW: ICEBORNE
How To Use Hammer Guide - Recommended Combos & Tips

Check out this Monster Hunter World: Iceborne guide and walkthrough on how to use the weapon - Hammer! Learn recommended combos, skills, play tips, and more!!!

How To Use Hammer

Should You Use Hammer In Iceborne?

Hammer Is Even Better!

With the introduction of Clutch Claw, Hammer got a significant mobility boost. You're less exposed after attacking, you can lower monster defenses with new moves, & can close the distance fast leading you to use the hammer's massive damage to its potential.

Hammer is more exposed between swings, but if you immediately press L2 after an attack, you can let loose your clutch claw. If it hits, you close the distance & move in a crouching state leaving you less exposed.

If the cluth claw hits, press △ to attack the monster while attached. This will charge your gauge.

Down Monsters With Slinger Burst

By succeeding with a Slinger Burst attack, you can down monsters. Down monsters has their head on the ground letting you pommel it even more.

How To Perform & Use Slinger Burst Guide

Sliding Attack Is Powerful As Before

The iconic hammer move of sliding down a hill is just as devastating, and by using the clutch claw, you can do a immediate follow up attack. The new map: Hoarfrost Reach has many sliding terrain the can be used for such attacks.

Let Loose Clutch Claw If You See An Opening

Hammer has a inherent characteristics of short reach, and must be near the monster for damage. If you find yourself out of reach, use the clutch claw to get back into the fight.

Use Clutch Claw To Grab Onto Monster

The Clutch Claw is useful for Hammer uses as it also doesn't lessen its charged state when fired while charging. This way, Hunters can grab onto the monster and deal charged attack damage to soften monster parts.

The Hammer boasts one of the highest attack power across all the weapons in the game, and is useful for dealing massive amounts of damage on a monster.

As a heavy blunt weapon, the hammer is effective in stunning monsters while dealing high amounts of damage, making a hammer wielder a valuable addition to any team.

Can Break Horns Or Armor But Cannot Cut Off Tails

As a blunt weapon, the hammer will be unable to cut of monster tails, however the hammer is great for breaking off harder parts, such as horns, or armor plating.

The Hammer features a simple move set, and easy to learn unique features of the weapon such as the Power Charge.

A new feature introduced to hammer in Monster Hunter World is Power Charge, which allows you to spend stamina and charge up the attack & stun power of your weapon.

Power Charge Opens Up Other Moves

When charged up, the hammer opens up other more devastating moves. Moves available will change depending on how much you've charged the weapon.

Immune To Flinching While Charging

Charging also limits your flinch while charging, allowing you to power through certain attacks.

The hammer hits wide, but has a relatively short reach compared to other melee weapons.

Slow Hitting & Can Leave You Vulnerable

The hammer's attacks hit slow and certain moves can leave you vulnerable to monster counter attack.

A basic useful all around combo.

Combo To Close In Distance

A combo that allows you close in the distance between you and the monster. Ideally, you want to hit and finish the combo to the last hit, but if you notice an incoming attack, dodge to the side safely.

It's important to increase the attack power of the Hammer to maximize its damage potential. It's also beneficial to keep your hunter consistently attacking.

This skill mix allows you to complement the hammer's moveset with jumping and sliding attacks to aim for the head. This will allow you to be able to stun monsters quicker.

The Hammer relies on the Power Charge quite a lot, which can be removed by receiving an attack, flinching, and stun from monster shouts, thus Jump Master & Ear Plugs work well. This also speeds up Power Charge.

Focus Your Attacks On The Monster's Head

Make Use Of Slopes For Aerial Spins

Whenever given an opportunity, make use of the environment's slope to perform a Charged Slide and chain it to a powerful Aerial Spin aimed at the monster's head.