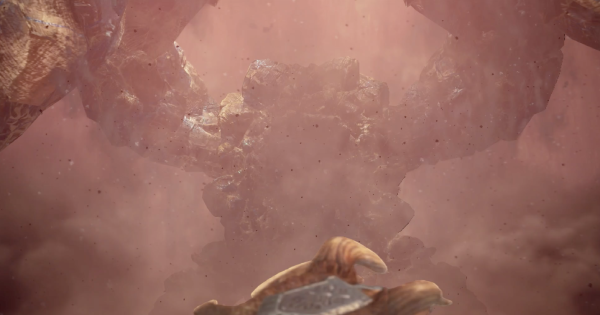 Monster Hunter World: Iceborne guide on how to beat Shara Ishvalda! This includes its moves, weaknesses, drops, recommended loadout, armor, tips, how to get tenderplate & more!!!

Has A Weakness To Ice

Shara Ishvalda is vulnerable to ice. Since it has a huge health pool, it is recommended that you equip an ice weapon along with the Ice Attack to deal more damage per hit.

During the 2nd phase of the Shara Ishvalda fight, it will create sand pitfalls on the ground. Make sure to avoid them or keep away from them as they will impede your movement, making you incredibly vulnerable to the monster's attacks.

Shara's attacks, even its specific roars, can stun you. You can have the skill even without the decorations through the Coral Orchestra Palico Gadget or a Hunting Horn effect.

During the first phase of the fight, the Shara Ishvalda is weak in 2 parts: its head and chest. Both of these parts are breakable along with the forelegs. The fight will then transition to the second phase once these are broken.

During the second phase of the fight, the weak spots of the monster will turn into its head and wings. Both of these can be broken along with the forelegs.

Expect the first phase of the fight to be long and grueling. Despite possessing relatively slow moving attacks, the monster deals very high damage. Focus your fire primarily on the head & torso of the monster to break its parts fast!

In this stage, it's incredibly important to break the Shara's outer shell. Use your Clutch Claw to soften the monster's body parts, allowing you to deal more damage to them.

Check Out How To Use Clutch Claw!

Attack when it Burrows

When the monster dives underground, it will leave its head exposed. This is a big opportunity for you to get the damage in on the monster's torso and head since it will be easy to reach with a melee weapon.

Use Boulders To Damage Outer Shell

There are 2 boulder traps in the first phase that you should utilize to deal more damage to Shara Ishvalda's outer shell. Lead the monster to these spots and flinch shot it to the wall underneath it bring it down.

Moves To 2nd Phase When Shell Is Broken

After you deal enough damage, you will break the monster's outer shell. This will then transition to the second phase of the fight. Expect the monster to deal much more damage and get a speed boost. Despite this, its elemental weaknesses stay the same.

Watch Out For Two Types Of One-Shot Attacks

If Shara starts to dive into the ground. Make sure to head for stable ground as soon as possible. When it re-emerges, it will destroy anything within the liquefied land. Get to solid ground (cracked ground) to avoid getting hit! For the throwing attack, run to the tip of the map immediately.

When Shara Ishvalda does its air stream attacks and there are sand pitfalls, make sure to avoid them. These will explode and cause damage if you're standing in them.

There is a boulder trap that you can use against Shara during the 2nd phase. Flinch Shot it there to bring it down. However, Flinch Shotting Shara to just a wall will not stagger it.

Check Out the Clutch Claw Here!

Focus on Forelegs to Bring It Down

Create a huge opening by breaking Shara Ishvalda's Forelegs. Every time you do so, it will stagger and stay on the ground, giving you the opportunity to attack its head.

A Tenderplate is always guaranteed when you break Shara Ishvalda's head twice. A piece of its scalp will fall out that you can then carve to get the Tenderplate. Though it's best to carve it after defeating it.

Check Out How to Get the Tenderplate Here

He's pretty easy since he's so big and slow. I dont think you can successfully mount it tho I have fallen off 3 times with my IG and dont even attack just move when he rages

Very helpful. This fight is brutal but fun.