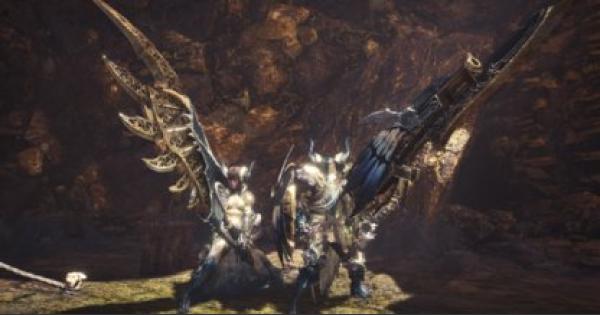 MHW: ICEBORNE
Kulve Taroth Relic Weapons Guide & How To Get

Check this Monster Hunter World: Iceborne guide on Relic Weapons, weapon rewards you obtain from the Kulve Taroth Siege Quest, & how to get Incandescent Weapons from Arch-Tempered Kulve Taroth!!!

What Are Relic Weapons

Iceborne's 13.50 update implemented a few changes to the relic weapons that you find in game! These include how you can get them, and even how you can further improve them!

Relic Weapons are weapons that you can acquire by participating or completing the Kulve Taroth siege quest "Banquet of the Earthen Hall".

Upon completing the siege quest, make sure to get your rewards by talking to the Quest Hub Lass & selecting "Obtain Rewards".

The rarity of the weapons you get from the siege quest also depends on the color of the reward frame. This ranges from rainbow, gold, silver & bronze, with rainbow being the most rare.

How To Get Incandescent Weapons

With more rainbow frame rewards you get, the higher the possibility of getting Incandescent Weapons. This is achieved by completing specific siege objectives.

Iceborne's 13.50 update makes it easier for players to get more Relic Weapons. You will now be able to create these weapons when you talk to the Elder Melder! Keep in mind that you will need to bring items in order to craft these weapons!

Check Out the Elder Melder Here!

The stats for each Relic Weapon you receive is fixed, and are not randomized. If you pick up weapons of the same name, there will be no difference.

There Are Multiple Unique Weapons Per Weapon Class

There are multiple unique Relic Weapons you can get that belong in each weapon class. For example, you may find a Kjarr Sword "Spark" long sword, and later on be able to find another long sword called Kjarr Sword "Fire". Collect as many as you can.

Some Relic Weapons are comparable or even better than existing weapons you can craft at the Smithy. However, obtaining a specific weapon is by chance, so try to complete the quest as much as you can while it's available.

Thanks to the 13.50 update, players will now be able to upgrade these weapons into better versions with stronger stats! However, you will need to complete the MR Kulve Taroth quest in order to get the items needed for upgrades!

Check Out How to Beat MR Kulve Taroth Here!

Some Relic Weapons have a hidden element that you can utilize if you have the "Free Elem / Ammo Up" skill.