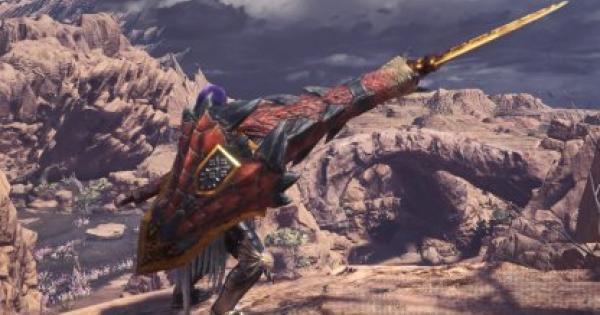 MHW: ICEBORNE
How To Use Lance Guide - Recommended Combos & Tips

Check out this Monster Hunter World: Iceborne guide and walkthrough on how to use the weapon - Lance! Learn recommended combos, skills, play tips, and more!!!

How To Use Lance

The Lance in Monster Hunter World has one of the highest blocking powers in the game. It excels in repeatedly landing precise, high-damage hits on monster weak spots, making it perfect for breaking parts.

The Lance has a very good reach and high attack power. It can do mid-thrusts and high-thrusts, perfect for hitting monsters a distance away or reaching up to hit monster heads or tails.

Can Do Strong Guarding Against Monster Attacks

Lances are very effective in guarding against monster attacks and can even absorb damage from the most powerful monster hits in the game.

When guarding, Lance users can counter the enemy attack with a Counter-thrust. This protects them from incoming damage while unleashing an attack of their own. This move can also be charged to deal heavier damage.

Lance users can also do a Power Guard that can guard against the strongest monster attacks in MHW. However, this move consumes stamina greatly and should be timed well.

Can Dash Forward While Guarding

Lance users also have a Guard Dash move that keeps them protected while closing the distance towards the monster. While using this move, you can a shield attack or a leaping thrust move.

When using a Lance, you can also make Dash Attacks that hit the monster repeatedly for continuous damage. These attacks also help close in the distance between you and the monster.

With Dash Attacks, you have a high amount of mobility - allowing you to do jumps, sidesteps, and reverse attacks. This can help you avoid damage or continue an attack combo.

The Lance has a relatively slow attack speed and takes a while to sheathe. It's recommended to keep the weapon drawn, close the gap with Dash Attacks, then guard when the monster's aggression is on you, just to keep your attacks up.

When using a Lance, dodging can be a challenge. Make full use of its high blocking power to protect yourself as rolling out of the way can be difficult with its slow attack & weapon speed.

A basic Lance combo that hunters can use depending on the situation. This involves both high and mid thrusts as well as a step to avoid an attack or draw nearer to the monster.

This combo makes use of the Lance's Counter-thrust move in between high or mid thrusts. This can be used depending on the situation and the movement of the enemy monster.

This combo is perfect for closing the distance between you and the monster. The Guard Dash protects you from damage and you can return hits with the Leaping Thrust.

When you're a good distance from the monster, you can do a Dash Attack and hit the monster multiple times with the combo finisher. This move is effective in combination with sidestepping while doing mid or high thrusts.

The best skills for Lance in MHW are those that improve its attacking power and how it guards against monster attacks in the game. The Lance is already good in both aspects but improving them with skills will enhance your gameplay.

The Lance is very powerful when it does continuous damage to a monster's weak spots. Its moves are best used to pinpoint attacks, especially when the monster is standing still or knocked down.

Check Out What Are Breakable Parts!

The Lance has high mobility when doing its Guard Dash & Dash Attack moves. These can be very flexible depending on a hunter's play style, allowing them to either keep distance or close in yet still do incredible damage.

Use Counter-thrust To Continue Attack Combos

One of the Lance's stronger features is its ability to use Counter-thrust. This allows you to guard and then attack without breaking an attack combo so be sure to use this move whenever you can.

Thanks this helped a lot