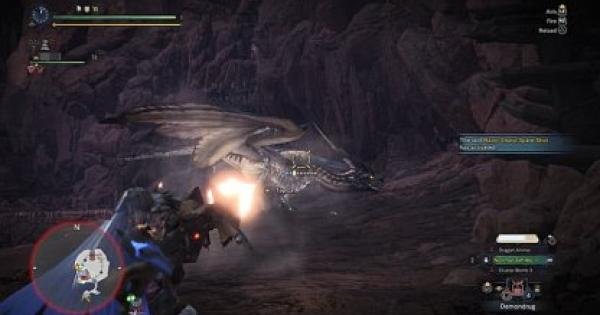 MHW: ICEBORNE
How To Use Heavy Bowgun - Recommended Combos & Tips

How To Use Heavy Bowgun

The Heavy Bowgun is a weapon that can attack at long range with a high firepower per shot. This allows you to fire shots towards monster parts that are harder to reach for melee weapons even from afar.

Can Equip Custom Mods & A Shield

Similar to the Light Bowgun, the Heavy Bowgun allows you to equip up to three custom mods, including a Shield Custom mod that can block & prevent monster attacks facing the monster directly up front.

Each Heavy Bowgun will be equipped with either of the two special ammo types: the Wyvernsnipe & Wyvernheart, each with a different effect & firing method.

The Wyvernsnipe turns your Heavy Bowgun into a powerful sniper rifle that lets you shoot precise shots. The Wyvernsnipe is ideal for long monsters as each shot will penetrate throughout its entire body.

Fire A Heavy Barrage With Wyvernheart

The Wyvernheart on the other hand dishes out a barrage of shots bullets, like a machine gun. The Wyvernheart is great for dealing huge amounts of damage up close thanks to its high rate of fire, and damage.

Though the Heavy Bowgun boasts great firepower, it has extremely low movement & weapon mobility. Pulling out your weapon, moving while shooting, and reloading are very slow, and will take a lot of getting used to.

Armored monsters with higher resistance against ammo damage can be pretty tough, and will require precision shots towards exposed parts. Plan your loadout accordingly depending on your target monster.

When using the Heavy Bowgun, it is important to increase the damage of the corresponding ammo type being used (Spread Ammo, Pierce Ammo, etc.) and to strengthen your resiliency against monster attacks.

This skill mix prioritizes the attack power of ammo types commonly being used by the Heavy Bow Gun. Since some ammo types are limited to 1-2 shots per reload, the Razor Sharp / Spare Shot skill lets you shoot with a chance of not spending ammo.

The Free Elem / Ammo Up skill allows you to load more bullets per reload, increasing your damage potential on a monster. Since the Heavy Bowgun has a slow sheathing time and low mobility, the skill mix above speeds up weapon sheathing, and improves evasion.

Familiarize Yourself With Ammo Types

Each Heavy Bowgun can only equip a specific set of ammo, so familiarize yourself with each available ammo type. Before going on any hunt, equip only ammo that you can use, and which fits best to the hunt.

Each ammo type also has a different Damage Type. For example, Slicing Ammo can deal cutting damage, which will be best aimed towards monster tails.

Make Sure To Fire Within Critical Distance

Watch the reticle as you aim towards a monster. It should glow bright to indicate if you are within Critical Distance.

While the Heavy Bowgun has a longer critical range than the Light Bowgun, the Critical Distance still varies per ammo type used.

When using the Heavy Bowgun, you must anticipate the monster movements, and aim for the right monster parts. When shooting, it's best to do a "hit and run" tactic of shooting and dodging away to compensate for its low mobility.

Cluster Bombs Are Powerful But Situational

The Cluster Bomb ammo type is useful for bombarding a monster, and makes it easier to defeat monsters. However, in a multiplayer quest, you might endanger allies and knock them back. Make sure the area you are firing the Cluster Bomb is clear of allies.

Use Special Ammo Whenever Available

The Special Ammo for the Heavy Bowgun has a long cool down time and takes a long while to be usable again. Whenever it's available, use it to make hunts faster and easier.

Similar to the Light Bowgun, it's recommended to setup a dedicated radial menu for crafting ammo to keep ammo reserves up. Make sure to keep crafting ingredients in your loadout as well to craft ammo items on the fly.

Check Out How To Use The Radial Menu Here!