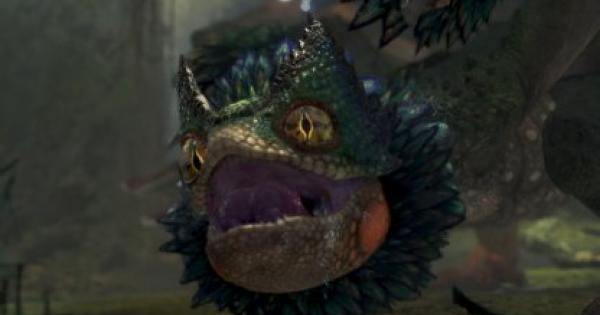 You will be able to find the Pukei-Pukei in the Ancient Forest. It can usually be found roaming around the northern half of the map. However, it can also fly up to the second level of the map where it also roams.

The Pukei-Pukei can also be found in the Wildspire Waste. It covers a lot of ground, moving through several areas, but only stays on the middle level of the map.

The Pukei-Pukei is weak in 3 areas of its body - its head, wings, and tail. When you break these parts, you will hear a cracking sound, and the part will start to look worn out. The tail will fall off if it is severed.