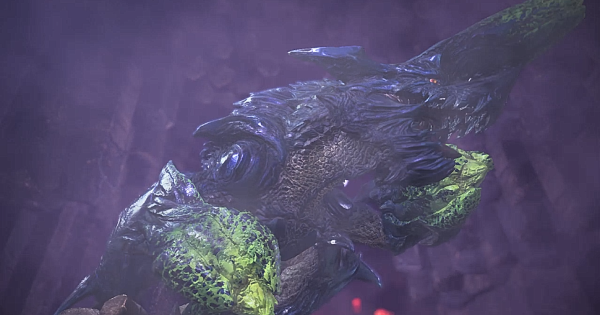 Check Out the Raging Brachydios Variant

The Brachydios is a returning monster and is known for its blast attacks and deadly slime. With powerful physical attacks, it is a formidable foe to fight in the New World.

The Brachydios pours slime from its arms and its head, both inflicting Blast damage that will explode if not taken care of. Watch your HP bar and make sure to roll out of the Blast explosion countdown.

The Brachydios can easily kill you with Blast damage if you're not careful. To negate this, use equipment that has the Blast Resistant skills.

Use Ice Or Water Weapon

Focus fire on the Brachydios's head and forelegs in order to break them. This will lessen the damage it does from these parts and will also stop the Brachydios from implementing its slime & Blast attacks in the fight.

Very Powerful Even Without Blast

Even without its slime and blast damage, the Brachydios has very high attack power that can deal powerful physical hits, making it one of the most powerful monsters in Monster Hunter.

The Brachydios has three weak spots - the head, the forelegs, and the tail. These parts are also breakable and the tail can be severed.

Slime Has Variety Of Effects

Slime From Head Can Restrain You

When the Brachydios's head places slime on the ground and you step on it, it has the capacity to restrain you like the mud from Jyuratodus or Barroth.

Roll Away When Slime Turns Red

When the Brachydios's slime turns red, make sure to move away as these will explode. This can do a big amount of damage, so make sure to dodge to keep yourself safe.

When the Brachydios is enraged, it'll pound the ground with its forelimbs, causing several blast explosions to appear in the area. It's best to keep still and avoid the explosion areas to avoid taking too much damage.

Dodge To Side To Avoid Forward Blasts

The Brachydios will also pound the ground with its head, creating a series of forward blasts. To avoid these explosions, dodge or roll to the side.

The best way to avoid the damage of the Slime Explosive Circle is staying in between the slimes or simply doing a dive when they explode. Don't keep moving around during this attack.

Watch Brachy and pay attention to his pounders (arms) . The slime there is temporary and has to be re-applied. If you see his pounders aren't leaving slime behind you should stick as close as you can. When he stops to lick his arms you can seriously punish the action with no consequences.