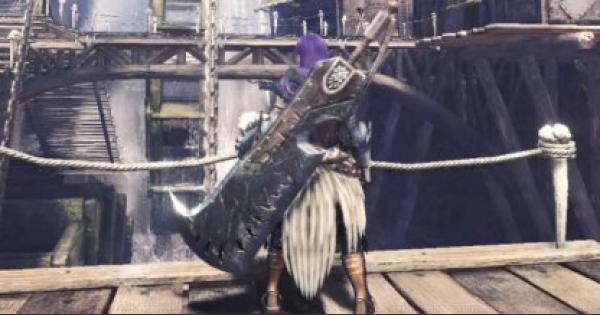 Check out this Monster Hunter World: Iceborne guide and walkthrough on how to use the weapon - Great Sword! Learn recommended combos, skills, play tips, and more!!!

How To Use Great Sword

Should I Use Great Sword In Iceborne?

If you connect the first strike of True Charged Slash, second strike will be stronger. The move itself is the same but the damage increased with this change.

Velkhana's armor skill Velkhana Divinity raises attack when the weapon is sheathed. With this skill, first strike of sheathed great sword can cause over 300 damage without charging.

Check Out How To Beat Velkhana From Here

Clutch Claw action of great sword can damage monster's hide. When monster is wounded, attack to wounded part will have higher damage.

Best way to fight with sheathed Great Sword is to strike once & get away from monster to avoid getting hit. When monster is sleeping or falling down, don't try to force True Charge Slash but instead, use Charged Slash to create opening for dodge.

To do higher damage with one swing, focus on weak spot of the monster. Avoid monster's attack & repeatedly attack weak point such as its head.

In Monster Hunter World, the Great Sword is an extremely strong heavy weapon that has the highest attack damage per hit in the game. It can easily bring down monsters with the amount of damage it can dish out.

For a melee weapon, the Great Sword has a good reach and range with its attacks. It has vertical and horizontal slashes that makes it easier for hunters to target specific monster parts such as heads or tails.

Great Swords have Charge Attacks that are extremely powerful. The sheer amount of damage every Charge Attack combined can actually be enough to flinch monsters.

This weapon has very slow attack speed which includes Charge Attacks. Doing the Tackle move during a Charge Attack can cancel it, saving you from incoming monster attacks. When timed properly, Tackle can do blunt damage that can stun monsters.

Tackling Won't Knock You Back From Monster Attack

When you successfully tackle a monster, you'll receive the full damage of the monster's attack but will not receive any knockback. This prevents your combos from getting interrupted and allows you to keep pushing damage.

Can Be Used To Block Monster Attacks

The Great Sword can be used to block incoming monster attacks if you do not have time to dodge. Blocking will consume stamina and cause a bit of damage on the monster.

Blocking Will Bring Down Sharpness Bar

Aside from consuming stamina, blocking with the Great Sword will lower its sharpness gauge.

The Great Sword has very slow attack speed and low mobility. Hunters have to time every single attack perfectly and block properly to make this an effective weapon.

Due to its slow attack speed, the Great Sword doesn't lose sharpness very fast. This saves you time and lessens your need to sharpen during the fight.

This is a basic Great Sword combo that does Charged Slash attacks. Due to the slow attack speed, it's best to build this combo up when the monster is down or staying still.

A combo that aims close the distance towards the monster. It utilizes the Tackle, which can negate monster knockback, and deal the heavy True Charged Slash.

This combo is perfect to use when you need to cancel charging the Great Sword. Time it properly to do an effective Tackle then dives into a powerful Jumping Wide Slash.

The Great Sword already has large attack power but increasing this more will make it a formidable powerhouse in the game. To counter its weaknesses, skills that increase attack & weapon speed plus those preventing combo interruptions are also useful.

The most basic way of using the Great Sword is alternating between drawing the weapon and sheathing it. Draw the weapon when you plan to do combos then sheathe and run after the monster. Repeat this movement to effectively hunt monsters.

Only Use Guard When You Absolutely Cannot Dodge

Even when the Great Sword can be used to guard against attacks, it's still best to dodge and roll away. Use the Great Sword's guard only when you cannot dodge and just be careful as this can consume a lot of weapon sharpness.

Sleeping monsters are prone to receiving bigger damage than when they're awake. Distance yourself from the monster and charge up your Great Sword until you get to the True Charged Slash. Aim for the head or tail to do maximum damage.

You need to be a few paces away from the monster to fully implement the True Charged Slash. It requires some charging time and room so be sure to estimate your distance properly.

never any keyboard ****on alternatives