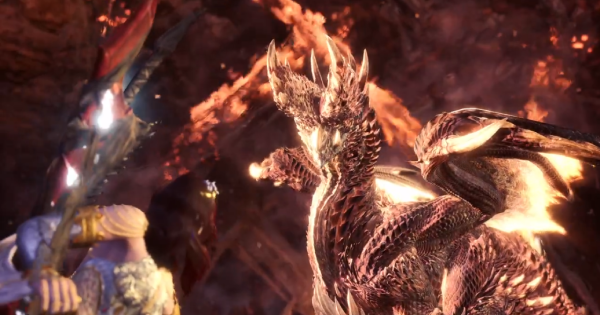 Things to Know About These Builds

Since Alatreon can only be weakened through elemental damage, the following builds are set up with Elemental-specific equipment to make weakening it easier.

Check Out What Are Elemental Attributes Here

Priority is Either Ice or Fire

Alatreon will start in either its Fire or Ice State depending on the quest for the day. Use equipment to counter its starting state. If you deal enough damage, it will continue to stay in that state, allowing you good elemental damage throughout the fight!

If you want to be able to deal elemental damage across all of its states, using Dragon, Water, or Thunder weapons could be good. However, this will make clearing the quest to take longer.

The Long Sword is a viable weapon against Alatreon. However, since it's most powerful attack, the Spirit Helm Breaker does minimum elemental damage, it's not as helpful to contain Alatreon before its Eschaton Judgment attack.

Not As Recommended of a Weapon

This build takes into account both damage and defense against Alatreon. Even with the amount of elemental resistance, the base elemental damage will be around 800 with this build.

This build focuses on damage for the Dual Blades. Be aware that you will be injured with every attack with this build, but as long as you're able to continuously hit Alatreon, you'll be able to survive.

It's important that you still damage Alatreon even if you have this build. In multiplayer, you'll need to help your teammates to reach the required damage to push through the fight.

This build ranks up the damage as much as possible. Because this is a pure DPS build, you'll need to be careful during the fight since you barely have any defensive or survival skills.

Focus on Damage with Current Ammo

Since you can't freely go back to camp without fainting, this build will make the most of each ammo you shoot. Though, if you're going to solo run, make sure to get Felyne Insurance or Guts.

On the SnS build the "Shark(Sharp) jewel 2 is supposed to be a "Mind's eye" jewel 2. sharp jewel is protective polish

where is heavy bow gun build ?

Would be nice to see something great sword users can use as well. tried fighting alatreon and just got ripped to pieces w/ a high power build.