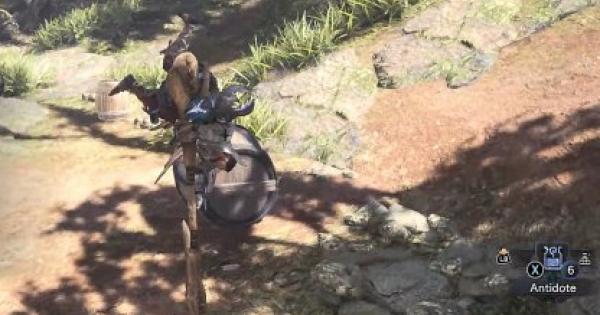 MHW: ICEBORNE
How To Use Insect Glaive - Recommended Combos & Tips

Check out this Monster Hunter World: Iceborne guide and walkthrough on how to use the weapon - Insect Glaive! Learn recommended combos, skills, play tips, and more!

How To Use Insect Glaive

Fast Weapon With An Emphasis On Mobility

The Insect Glaive is a staff that is used by Hunters for dealing a flurry of swift attacks. The Kinsects that you attach to it will also assist you in fighting monsters in several different situations!

Allows You To Jump Up In The Air

The Insect Glaive is also the only weapon that will allow you to jump up in the air, allowing for some vertical movement. This can be used both for evading attacks, and mounting large monsters!

With one of the fastest weapons in the game, one of your main ways to deal massive damage to the monster is to mount them, and wear them out to bring them down. Once they fall, you will have some time to deal tons of damage before they get back up!

No Way To Block Attacks

Despite allowing you to move around quickly, and launch into the air, there is no way for you to block incoming attacks. You will need to rely on your speed to dodge away from Monsters. You will also be defenseless while in the air.

Kinsects Give You Different Options When Attacking

Kinsects can be attached to the Insect Glaive to give you more options when facing a monster. These allow you to attack from range, buff your character, deal AoE damage, and more!

Kinsects Can Be Bought From The Smithy

Kinsects can be bought and Nurtured from the Smithy in the Workshop! Here, you can improve their stats, add elemental effects, & even buy new Kinsects to nurture!

You will initially start out with 2 types of Kinsects. These are the Culldrone, and the Mauldrone. Each of these Kinsects specialize in offensive attacks, and healing respectively.

Can Attack Enemies At Range

You will be able to attack enemies at range by aiming and firing with your Insect Glaive. After firing, your Kinsect will start flying to the target and start attacking. This can also be done by the Mark Target action when fighting in close range.

Depending on the body part that the Kinsect is attacking, it will start to gather extract. Once your Kinsect returns to you, you will temporarily gain the effects of the extracts. Each extract's effects differ depending on the color.

Have Up To 3 Extracts Absorbed

You will be able to absorb multiple extracts at the same time. Having absorbed the red, white, and orange extracts will give you a big boost to your attack power, and defense!

You may notice that your Kinsect leaves behind a Dust cloud when attacking enemies. These clouds can be attacked by either you or your teammates for a small explosion that deals damage!

Cloud Explosion Based On Kinsect Element

The type of damage that the explosion will cause will be based on the element of your Kinsect. You will be able to select this while managing your Kinsects in the Workshop.

A short and sweet combo that has a high damage output. It can be repeated as many times as you want. Best used when the monster is downed, and cannot fight back.

This devastating combo is best used when you have absorbed the red extract. Use this combo to deal tons of damage, then back away to safety!

This Combo will utilize your Kinsect to gather extract while at the same time getting a few good hits in before needing to back away!

This combo will propel you up into the air and will let you attempt to mount the monster! Use this to mount and wear down in order to make it vulnerable to your attacks once it falls!

You will be able to maximize the amount of damage you deal using the Maximum Might and Weakness Exploit skills.

The skills above will greatly improve your performance when using the Insect Glaive in combat. Since this weapon will have you constantly jumping around, skills that help you mid-air and improve your mounting have been recommended.

Focus On Mounting The Monster

The Insect Glaive is a unique weapon in that it is the only weapon that allows you to launch yourself up in the air. Use this unique feature by constantly attempting to mount the monster. Wearing it down enough will cause it to go prone!

Use Midair Evade To Your Advantage

The move Midair Evade will help you greatly while in midair. Other than being a way to evade an incoming attack in the air, it also acts as a second jump to help propel you to monsters further away!

Use Extracts To Your Advantage

Extracts are helpful in assisting you when in combat. Remember which body part gives which color of extracts in order to cater to your needs depending on the situation of the fight.

Since this weapon is first and foremost a staff, it loses its sharpness fairly quickly. Remember to use the whetstone often right after combat, or when the monster moves to another location!

Evade Often Since This Weapon Has No Shield

Since the Insect Glaive does not have a shield, you will not be able to guard against attacks. You will need to evade attacks to avoid taking lots of damage. Collecting White extract may be able to help you dodge much faster!