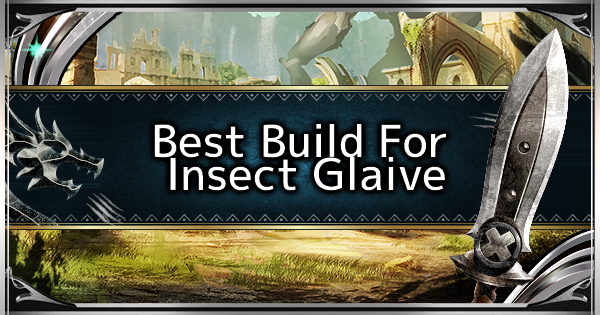 This set is inspired by the armor build originally shared by FightinCowboy on Youtube.

Nargacuga loadout maximize the evasion with Evade Window, enabling you to dodge monster's attack easily. Even when you get hit, Health Boost and Divine Blessing will help you out. Kadachi Vipertail II has high paralysis damage which is very helpful both solo and multi play.

This build compliments the short purple sharpness of Infinite Wisdom by Razor Sharp. It has high affinity of 90% & add critical damage with Critical Boost. Health Boost and Power Prolonger increase your chance of survival.

This build will bring out one of the hardest hitters in the Insect Glaive weapon category. This build will deal over 900 damage due to the skills such as non-elemental boost. This also has a high Handicraft skill level meaning that it has a white sharpness gauge.

The Protective Polish was also added to keep the Insect Glaive's sharpness from deteriorating over a certain time period. This way, it can maintain its white sharpness for longer.

Highly specialized equipment that is effective in dealing with Teostra due to its fire resistance capabilities. The elemental damage of this build can stack up to 490 total ice damage, & thanks to the Master's Touch, has a high sharpness.

Due to the Lvl 7 Critical Eye, this build shines the brightest when you crit on your attacks. Pairing this skill with Weakness Exploit will allow you to deal massive amounts of damage when aiming for monster weak spots.

Built Around the Grunge Storm

The Grunge Storm is the star of this build as it boasts one of the highest attack powers of the Insect Glaives. Combining skills such as Weakness Exploit, & Critical Boost, you are sure to deal high damage especially when hitting weak spots!

With the Kjarr Glaive "Paralysis" equipped, you will be able to deal high amounts of damage while also having a high chance of paralyzing a monster! With the Critical Status skill equipped, the chances of applying a paralysis are very high!

With the Latent Power skill, you will have increased affinity & decreased stamina consumption. Take advantage of this during long drawn out battles to mount the monster more often!

How To Trigger Latent Power Skill

* The skill will trigger if any of the two conditions are met!!!

This build focuses on both firepower and survivability for your hunter. You will be able to deal tons of damage due to the Empress Cane "Styx" weapon while also having high health and a bigger evade window!

The build utilizes several skills that will increase your survivability in tough fights. Skills such as health boost & Stamina Cap Up will let you take more hits, & move out of the way of incoming attacks!

the iceborne medium phase glaive build is confusing me. its telling me to put... three pieces of armor on my head? am i reading that right??

Yeah the endgame build is a complete lie, i built it the slots arent even acurate, the skills half of them arent even there and the incect glaive concept is good but its an absolute lie. DO NOT TRUST IT!

Hi, I think you miswrote the starter build cause there 3 headpiece in it. You should edit it to bone
chest and kulu vambraces. :) 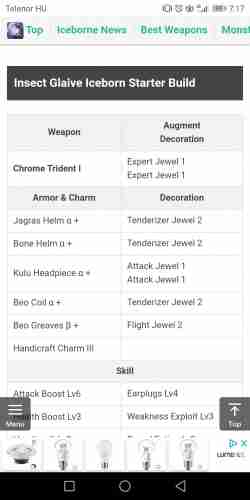 how legit is this info? The names aren't accurate at all.