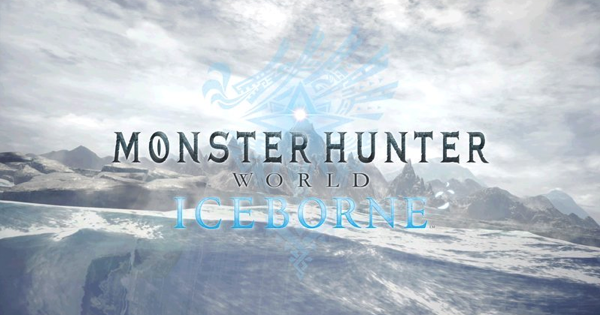 To celebrate the 1st anniversary of Monster Hunter World: Iceborne, several of the Seliana fests will be available again at the Seliana Gathering Hub. Check the schedule below for each festival.

Starting July 22 to August 6, 2020, the Seliana Gathering Hub has turned into a carnival-themed festival area. The festival will come with new outfits, festival food, event quests, and more!

The 13.50 update brings with it all new subspecies of monsters! These are the MR Kulve Taroth and the AT Namielle! Completing these quests will reward you with items that you can use to craft new armor, and even upgrade Appraisal Weapons!

Beware of these powerhouses! Raging Brachydios & Furious Rajang's arrival has been officially announced as the 3rd Free Title Update will be launching on March 23 on PS4 and Xbox One. The release date for PC is currently planned to be in April.

Get ready for the most brutal brawls of your hunting careers... Raging Brachydios and Furious Rajang will blast and punch their ways into #Iceborne this March for PS4 and Xbox One, and April for PC. pic.twitter.com/Fjyx5inwrp

In commemoration for the Tokyo Monster Hunter Festa event, a brand new item pack has been released to all players. This package includes a free Celestial Wyverian Print as well as other hunting supplies.

In the Osaka MH Festa happening Jan. 19, 2020, Capcom shared a new roadmap for 2020 on console. They've also announced updates for the PC version of the game.

The Monster Hunter Festa in Osaka features the time attack tournament finals in West Japan. There will also be new announcements and updates made during the event.

A patch has been released to address some of the issues PC players experienced during the launch of Iceborne. This includes CPU Utilization upgrades and save data fixes.

To celebrate the launch of Iceborne, Hunters playing on PC will receive item packs to jumpstart their adventures in Seliana. Hunters with the base game will get a separate item pack.

A commemoration pack for the Osaka MH Festa event has also been released to console players. This includes a highly coveted Expert Jewel as well as other supplies.

For all PC users anxiously waiting for Iceborne's release, the game will be launched on January 9, 2020. The expansion will have improved features for gaming on your desktop!

The PC version of Iceborne will also follow console's free title updates with new content & monsters to arrive every month from February 2020 onwards.

The 4th Developer Diary will be shown on December 4, 2019, right before the 2nd Free Title Update on Dec. 5, 2019. This video will talk about new content for the game!

Recent Tweets from the official Monster Hunter Twitter has announced the return of the Stygian Zinogre for the 2nd Free Title Update coming on December 5, 2019! They also teased a new Elder Dragon.

A new update version 11.50 has been released! This update addresses certain issues regarding players, monsters, weapons, and more! Additionally, it also makes quality of life improvements for the game!

New event quests have been announced on the official site. These quests allow you to take on the Silver Rathalos and Gold Rathian without raising your region level!

The new update has been released, and along with it the new monster Rajang!

Learn Details Of How To Unlock Rajang

New region called Volcanic Region is introduced. Also, now you can choose to not fluctuate the region level. Check the link below for the appearing monsters and new changes in the Guiding Lands.

Click Here For The New Updates In The Guiding Lands

Developer Diary #3 revealed several contents which will be release tomorrow.

Rajang's loadout also revealed in the Developer Diary #3. Rajang's armors are loaded with offensive skill and its weapon has distinct skill which matches with its armors.

New Layered Armors is going to be introduced. You will use materials you've obtained in the Guiding Lands.

Learn More About The Guiding Lands From Here

Starting from November, there will be collaboration event with Resident Evil 2. Become Leon and Claire by wearing the original layered armor!

Click here for the details of RE2 (Resident Evil 2) Collaboration

"Black Eagle" the Charge Blade was choosen as the winner of Weapon Design Contents. It will be introduced in November 2019.

Volcanic Region & Rajang To Be Added

On October 10th, the new free major content update will go live! In addition to Rajang, a new Volcanic Region will be added to the Guiding Lands.

Articles Related to the Update

Starting August 30, Hunters can download and play the 3rd Beta of Monster Hunter World: Iceborne. In this 3rd beta, you can face off with the Velkhana while the other quests with the Jyuratodus, Banbaro, and Tigrex will also be available.

When you complete the Velkhana quest in the 3rd Beta, you'll receive a Commendation Pack with several bonus items. These can be redeemed when the game launches on September 6, 2019.

According to Monster Hunter Japanese Official, there is a jewel drop rate issue with First Wyverian Ritual. They are planning to fix the issue in the coming update.

Monster Hunter Official Twitter account posted that they have found some issues with Acidic Glavenus items are named "Unavailable".

Monster Hunter World: Iceborne's release date for the Playstation 4 and Xbox One will be on September 6, 2019. The Steam (PC) release will arrive on January 2020. Players need the base game of Monster Hunter World to play the Iceborne expansion.

With the same skeleton as the Vaal Hazak and Kushala Daora, Namielle is a new Elder Dragon coming to Iceborne. It has water properties and appears to have very large wings.

Brachydios Is Arriving In MHW: Iceborne

One of the other monsters that will return in Iceborne, the Brachydios came from MH3G and is known to pound its targets to oblivion. Watch out for its explosive mucus that an apply Blastblight & damage!

New Actions Added To All Weapons

In Iceborne, there will be new weapon changes and additional actions to help you overcome monsters in Master Rank.

A new option for the Slinger, the "Clutch Claw" allows you to grab onto the monster. It's great to deal close-range damage as well as grab onto a monster that is running away.

Use Slinger When Weapon Is Unsheathed

In Iceborne, Hunters will not be able to use the Slinger even when weapons are unsheathed. This makes hunts more efficient and allows you to use Slinger Ammo faster.

The Popo Makes A Comeback

In Hoarfrost Reach, you'll find a bit of nostalgia as old Monster Hunter herbivores such as the Popo make a comeback into the game.

Hoarfrost Reach will expand as you go through the main story of the Iceborne expansion, making Monster Hunter World have the biggest map in all of Monster Hunter games.

When you explore Hoarfrost Reach, you'll find new endemic life that you can capture and place in Your Room, in Astera or Seliana.

2-Player Difficulty Has Been Added

When the expansion arrives, the difficulty of the quests will scale depending on the number of Hunters. There will be 3 difficulty levels - solo, 2-player, and 3-4 players. Also, when the player leaves the hunt, the difficulty will be adjusted.

Check Out Difference In Solo & Multiplayer!

Continue The Story In Hoarfrost Reach

Work together with the different fleets to explore the mysteries surrounding Hoarfrost Reach. In MHW: Iceborne, you will progress the story and meet new or old monsters!

In View Mode, you'll be able to move your camera around freely, allowing you to take amazing screenshots or videos. This mode will also have specific actions that can only be done in this mode.

Check Out the View Mode Here!

Your new base in Hoarfrost Reach is called Seliana. Here you'll find access to the Gathering Hub, Canteen, Smithy, and Your Room. Even a hot springs to chill with fellow Hunters.

Check Out Seliana Base Guide Here!

Master Rank is the counterpart of G Rank in Monster Hunter Games. Monsters are stronger and hit harder but you'll be able to forge more powerful equipment. You need to complete the main story of MHW to get to Master Rank.

In Iceborne, new skills will be implemented while others will be updated to supplement the changes in the difficulty in Master Rank. Skills that increase attack power as well as to battle the cold have been added to the expansion.

Options to hide your visibility when online in the game will also be added in the Iceborne expansion.

Specialized Tools can be upgraded to Master Rank while Mantles, when upgraded, will now have slots added to them. When worn, these will activate the skills in the decorations.

Check Out How To Unlock Specialized Tools!

Gear that has been upgraded to Master Rank will have a "+" at the end of its title, indicating that its an upgraded version. These will have a higher rarity and will provide better stats to Hunters.

In Iceborne, a new feature has been introduced that will allow you to ride Tailraiders that have joined your party. This provides a new & fast way to move across different points of the map.

Check Out What Is A Squad Here!

In Iceborne, Palicoes will have newer, more powerful gadgets that they can use to help you fight monsters. Gadget Proficiency will also be updated, increasing its upper limit to make your Palicoes more effective in hunts.

When you finally have your own room in Seliana, you'll be able to customize it to a certain extent. This includes adding furniture and wallpaper, and of course, adding endemic life as pets!

Check Out Your Room In MHW!

Product information is for Playstation 4 version only!!!

For Players With Monster Hunter World

For Players Without Monster Hunter World

MHW Is Needed To Play Iceborne

Hunters need to have Monster Hunter World to play the Iceborne expansion. You cannot play Iceborne if you purchase it by itself.

The story of Monster Hunter World continues into Iceborne. Be sure to complete the main story of MHW to be able to fully enjoy Iceborne.