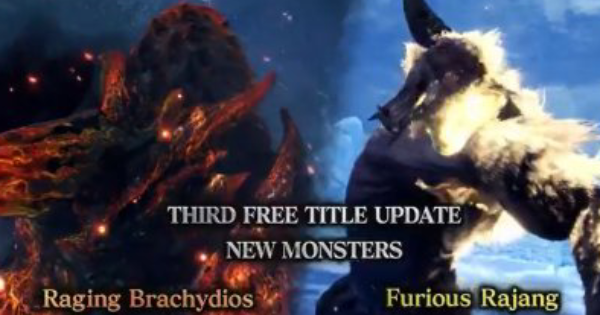 Check Out The Latest Iceborne News!

The date is set! Raging Brachydios and Furious Rajang will challenge bravest hunters on March 23 on PS4 and Xbox One! Coming to PC in April. pic.twitter.com/COUIROiLKf

Although the exact date of the 3rd Free Title Update has not been revealed, it was revealed in the Title Update Roadmap that it will be released in March & April.

A more aggressive variant of the already aggressive Rajang, Furious Rajang is always in its powered up golden mode. With this, it can enter into its dangerous rampage mode at any time!

Another variant to hit Monster Hunter World: Iceborne. Raging Brachydios brings its explosiveness into the New World. It's more aggressive and has faster, deadlier explosions than its regular counterpart.

Since Raging Brachydios and Furious Rajang will introduce new Guiding Lands materials, it could be possible that they'll also introduce new Augments to strenghten weapons.

Check Out How to Augment Master Rank Weapons

Similar to other Variants, new Armor and Weapons made from Raging Brachydios and Furious Rajang materials should be added to the game.