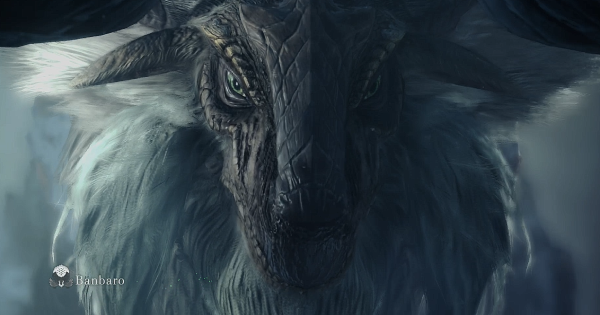 Banbaro is a bipedal herbivore known for its large antlers. Although it won't attack on sight, stay near it too long and it will be aggressive enough to attack.

Appears In All Locales

The Banbaro was originally spotted in Hoarfrost Reach in the Iceborne expansion, however, the monster has expanded its territory. It can be found making tracks in all locales in the game.

For Melee users, finding an opening can be difficult due to the number of Banbaro's attacks that causes tremors. A Rocksteady Mantle will help you continue your assault even when near him.

Having the Tremor Resistance skill in your loadout is also good when you want to bring another specialized tool instead of the Rocksteady Mantle. This is a Level 3 Gem requiring a Level 3 slot.

Banbaro is very tall and its weak spots can be hard to reach. If you're having trouble dealing damage or breaking parts, use your Clutch Claw to wound or soften the Banbaro's parts.

Check Out How To Use Clutch Claw!

The Banbaro has 3 weak spots: Its head, horns, and hindlegs. Its horns and hindlegs are breakable plus the tail can be cut off.

Banbaro will sometimes pick up a boulder or log that it'll use to deal heavier damage to Hunters. Keep aware of what its carrying on its antlers to avoid taking too much damage.

Attack Hindlegs From The Side

Banbaro has many charging attacks that are linear and frontal. By attacking its feet from the side, you'll be safe from these kinds of attacks.

The Banbaro is in an area where it can easily meet other monsters. Take advantage of Turf Wars to deal tons of damage to Banbaro, though be careful as the other monster might target you as well.