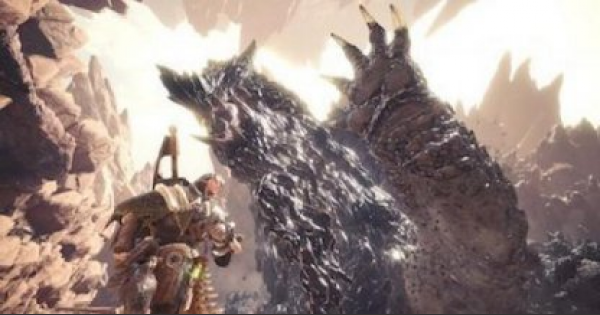 ★4 "One For the History Books" Step-by-Step Guide

1. Keep Shooting the Cannons and Ballistae

As Zorah Magdaros approaches, keep on shooting the Cannons and Ballistae. When the damage reaches a certain threshold, you will receive further orders.

2. Hop on to its Back and Destroy 3 Magmacores

After you've landed on Zorah Magdaros's body, follow your map and destroy 3 Magmacores. Be aware that some paths that appears to be dead ends could be climbed.

3. Slaying the Nergigante is Not Essential

While destroying Magmacores, a Nergigante would appear. However, the story would proceed normally as time goes by, so take care of Nergigante on your own terms.

You are immediately tasked with destroying 3 Magmacores. Their locations are the same with ★4 "One For the History Books". Don't forget to pick up stones for your slinger along the way.

2. Detonate the Stalagmites with your Slinger

If you see a booby-trapped stalagmite on the ceiling, activate it with your slinger to have it come crashing down. It will deal hefty damage to Zorah Magdaros, so try and activate them all.

3. Slaying the Nergigante is Not Essential as Well

A Nergigante would appear this time as well, and the story would proceed normally just like last time, so take care of Nergigante on your own terms.

4. The Final Showdown at the Barrier

You will be moved to the Barrier for the final showdown. Do note that if the Barrier's HP reaches zero, you would fail the quest.

To defend successfully, activate the Ballistae loaded with Binder Ammo just as Zorah Magdaros is about to attack the Barrier. The cannons would be reloaded automatically, so fire them when you can.

Drangonator will do massive damage to Zorah Magdaros, and is the key to the success of the mission. When ordered to fire it, move over to the bow of the ship and activate the lever to fire.

Please take note that since Zorah Magdaros is a very large elder dragon, it will not be susceptible to any status effects.