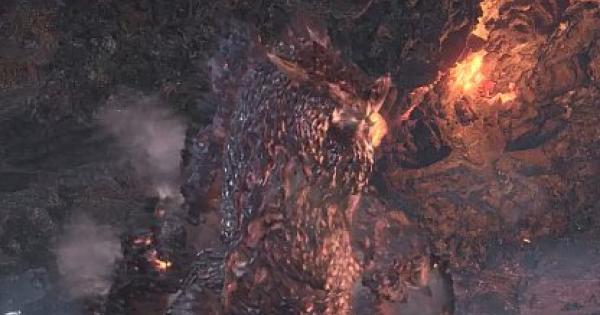 Zorah Magdaros will spawn in the Great Ravine and slowly walk along the entirety of the area. It will be very hard to miss this monster in the area.

Zorah Magdaros will be slowly making its way to the barrier that you have set up. It will be walking along the Everstream, and can be approached by using the Hitching Posts near your camp.

Zorah Magdaros is weak in three areas. Its head, chest, and Magmacores. These are also breakable parts which can be broken using the cannons, ballistae, or even your weapons!

Please take note that since Zorah Magdaros is a very large elder dragon, it will not be susceptible to any status effects.