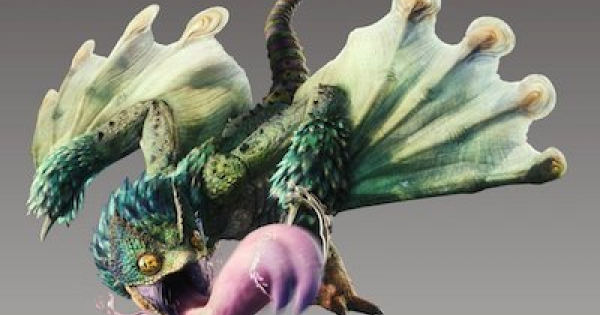 MHW: ICEBORNE
How to Beat Pukei-Pukei - Tips and Recommended Gear

Read this Monster Hunter World: Iceborne guide on how to defeat Pukei-Pukei. Learn Pukei-Pukei's weaknesses, recommended loadout, hunting tips, its moves & how to counter them!!!

Positioning - Fight Pukei-Pukei from its Sides, Near its Legs

Target the Tail First, Then its Head

Bringing Antidote is a Must

Pukei-Pukei comes after the hunter with many types of Poison attacks, so bringing ample amount of Antidote is a must.

Approach from Behind when the Tongue Attack Starts

When Pukei-Pukei initiates its iconic Tongue Attack, it stays mostly in place. Outflank Pukei-Pukei and approach it from behind so you can unleash your attacks. Start maneuvering when Pukei-Pukei starts to expose its tongue.

The Pukei-Pukei is weak in 3 areas of its body - its head, wings, and tail. When you break these parts, you will hear a cracking sound, and the part will start to look worn out. The tail will fall off if it is severed.

Use Traps and Status Effect to Root it in Place

Pukei-Pukei is weak against Paralysis and Sleep attacks, so there's plenty of opportunity to set up Barrel Bombs on Pukei-Pukei while its Paralyzed/Asleep. Pukei-Pukei also moves pretty swiftly, so bring traps to keep it in place.

Pukei-Pukei would eat surrounding plants to enhance its Poison Spit Attack. If you see it eat something, be extra vigilant to evade its Spit Attack. Effect varies with what plants Pukei-Pukei consumes: