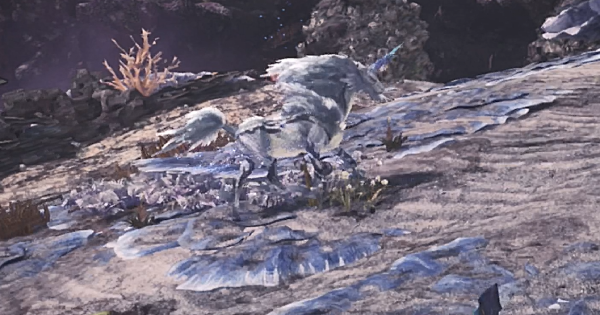 Read this Monster Hunter World: Iceborne guide on how to defeat Tempered Kirin in Thunderous Rumble in the Highlands. Learn Tempered Kirin's weaknesses, recommended loaodut, hunting tips, its moves and how to counter them!!!

How To Unlock Rajang After Beating Kirin

After beating Kirin in the Special Assignment, another special assignment to fight with Rajang unlocks.

Learn More About Rajang & How To Unlock

In order for you to unlock this quest, you will need to raise your Hunter Rank to HR49. Once you are at the appropriate Hunter Rank, the quest will appear in the available missions.

Check Out How To Raise Hunter Rank Here!

You Can Fight The Tempered Kirin Again

Check Out How To Track Tempered Monsters

Sleep Bombing Is An Effective Strategy

The Sword and Shield can easily apply the Sleep status effect on the Kirin due to its fast attack speed. When the Tempered Kirin falls asleep, you can then place a Mega Barrel Bomb and detonate it for extreme damage!

Check Out How To Use Sword & Shield Here!

The Gunlance possesses a unique feature called Shelling. This feature ignores a monster's tough spots allowing you to deal damage to those spots as if they weren't shielded!

Check Out How To Use Gunlance Here!

The Light Bowgun allows you to deal damage to the Tempered Kirin at range. It also has the Wyvernblast ammo which you can use to deal explosive damage to the Kirin along with the Mega Barrel Bomb. Make sure to aim for its head for best results.

Check Out How To Use Light Bowgun Here!

Elderseal weapons are highly recommended against the Tempered Kirin as they lower the Kirin's lightning armor, making it more susceptible to your attacks. Make sure to equip weapons with a high Elderseal level to make the most out of them!

The Tempered Kirin will employ several attacks that can either stun, or paralyze you. This is why it is recommended to equip skills that will help you counteract or even nullify the effects of these kinds of attacks.

Check Out What Are Skills Here!

How To Activate These Skills

Several of the Tempered Kirin's attacks deal quite a lot of damage. Since the Ancient & Max Potions can quickly restore your health back to full, bring as many as you can, along with some crafting materials if you need more for survival!

Use Up To 4 Mega Barrel Bombs

Since the Mega Barrel Bomb does a severe amount of damage to monster, it is recommended that your bring as many as you can. Try to bring more crafting materials so you can detonate up to 4 Mega Barrel Bombs in the fight.

Raise Both Your Attack & Defense

Mega Demondrugs and Mega Armorskin are excellent items to use when you need to raise your attack and defense respectively. Using these increases your chances of clearing the quest, survival rate, and shorten the time it takes to beat the monster!

Use Farcaster For Repeated Chance to Sleep Bomb

After using the Mega Barrel Bomb, you have a chance to hit the Tempered Kirin a few more times. When it gets ready to attack, you can use a Farcaster to get back to base, making the Kirin fall asleep. This is another opportunity to sleep bomb the monster again.

When fighting the Tempered Kirin, make sure to bring with you specialized tools that allow you to survive for longer. The Thunderproof Mantle will allow you to negate paralysis and thunderblight, making it the go-to mantle for this monster!

One of the best ways to deal substantial damage to the Tempered Kirin is by sleep bombing it with Mega Barrel Bombs. The Felyne Baan Ball α will allow you to increase the times the Kirin falls asleep so you can set up Mega Barrel Bombs more often!

The best armor to equip your Palico are armors made from Kirin or Xeno'jiiva. These armors have a high resistance to thunder damage, and will allow your Palico to stay in the fight for longer!

Use Palico Gadgets To Support Yourself

Palico Gadgets will be beneficial to you when fighting stronger monsters. For example, the Coral Orchestra gadget will improve your survivability due to the different bonuses it gives you. However, make sure to increase your Palico's proficiency with the gadgets.

Use Ground To Foresee Lightning Strikes

The AT Kirin will usually telegraph its lightning strikes by making the ground glow. If a certain spot is glowing, get away from there as soon as you can since these are where the AT Kirin will strike!

At times, the AT Kirin's body will start to harden and it will deal much more lightning based attacks. However, you can easily bypass this by using any Elderseal weapon to lower the AT Kirin's lightning armor, and make the fight easier!

Attack Patterns Are The Same

The Tempered Kirin's attack patterns will be the same when compared to its normal counterpart. These attack patterns should not be difficult to dodge if you have already fought a Kirin before.

Check Ally Positioning When In Multiplayer

When fighting against the Tempered Kirin with other hunters, make sure to check your ally's positioning as the Kirin's aggression is spread out. It's attacks may come from unexpected areas so make sure to keep an eye on each other's backs.