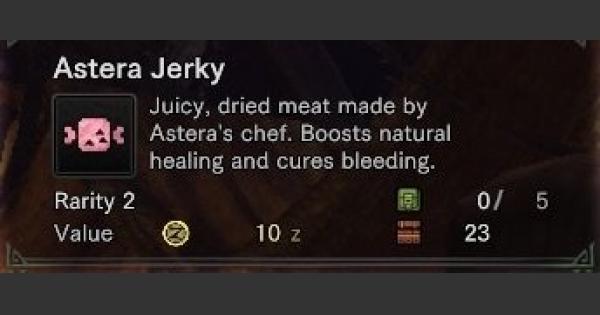 Read this Monster Hunter World: Iceborne guide on how to defeat Odogaron. Learn Odogaron's weaknesses, recommended loadout, hunting tips, its moves & how to counter them!!!

Use Ice and Paralysis!

Ice is very effective against Odogaron. It is also quite easy to paralyze. Its weak points are its head and forelegs, with its tail severable. For ranged attackers, hitting the head has the greatest effect.

Bleeding causes the hunter to lose HP while moving. One way to stop bleeding is to crouch. However, due to the limits it entails to mobility (and giving Odogaron free rein to hit you), best bring some Astera Jerky to instantly cure Bleeding.

Due to Odogaron's agility, inexperienced players might have a hard time beating it. Try to fight it under the cover of an Evasion Mantle to increase your chances of survival.

After continuous attacks, Odogaron will be exhausted and would stop moving. Taking advantage of this opportunity is highly recommended, especially for hunters using slow but hard-hitting weapons.

Shock Trap and the Tinged Meat can induce paralysis on Odogaron. Take advantage of its immobility and attack it.

Bleeding status causes the hunter to lose HP when moving and attacking. While this can be remedied by just crouching, it also makes the hunter vulnerable to Odogaron's attacks. Don't let this happen and bring some Astera Jerky when hunting Odogaron.

Go Toe to Toe Against Odogaron!

Odogaron's agility and its speed can be neutered by two things: going after it with speed, or standing still and countering its attacks. Evasion Mantle provides the player a larger chance of surviving when running after the seemingly erratic Odogaron. Rocksteady Mantle and Affinity Booster allows the hunter to hold ground and counter Odogaron's predictable aggression.

After continuous attacks from Odogaron's claws, there is a chance for the hunter to be inflicted with bleeding status. Because Odogaron's Claw attack damages only those directly in front, use this opening to move to the sides or to the rear to inflict damage.

Enraged and Bleeding Makes It Faster

Odogaron's speed and aggressiveness increases while it is enraged or if the player is bleeding. There is also a higher chance of being inflicted with bleeding during Odogaron's rage. While enraged, it is advisable to play defensively, or break its forelegs beforehand to neuter its bleeding attack.

Rotten Vale's Area 10 is home to some Paratoads that emit paralyzing gas once disturbed. Use this to your advantage and lure Odogaron to paralyze it and make it open to attacks.

Whenever Odogaron is tired or wandering around the Rotten Vale, place some Tinged Meat along its way to inflict paralysis as an opening to your battle. You can also use a Ghillie Mantle to place meat in the middle of combat.