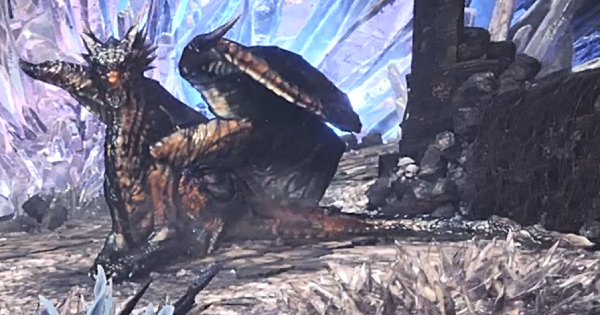 Read this Monster Hunter World: Iceborne guide on how to defeat Arch Tempered Kushala Daora. Learn AT Kushala Daora's weaknesses, recommended loadout, hunting tips, its moves & how to counter them!!!

Unlike the regular Kushala Daora, the Arch Tempered version will NOT DROP when a Flash Pod is used on it. It will stay in the air for a few seconds then drop to the ground. Use this only when you want to keep the Kushala Daora in the area & away from its nest.

The AT Kushala Daora has a charged breath attack that can instantly take down your HP bar. When it lifts both its wings and seems to be holding its breath, move away from the area in front of its face.

Kushala Daora is known for its wind pressure aura, making it hard for melee weapon users to come close and deal damage to it. It's best to use Wind Negate skills or a Rocksteady Mantle to negate wind pressure.

If you have a Dragon-based weapon that has Elderseal, make sure to bring it to this fight. Elderseal will stagger the AT Kushala Daora and lessen its wind pressure aura, allowing for more chances of attack.

When you fight the Arch Tempered Kushala Daora, it may come across another Elder Dragon and will initiate a Turf War. Exploit this moment as it can deal really big damage to your target monster.

Use Blast Or Weapons With Status Effects

The Kushala's armor is very tough so Blast weapons will be effective in dealing bigger damage to its body. Make use of Paralysis & Sleep status effects so you can plant bombs or inflict more hits on the monster.

Kushala Daora's main weak spots are its head, forelegs, and tail. Its tail, if subjected to sufficient damage, can be severed.

Focus On You & Your Team's Survival

Having the items in the above loadout will focus on keeping yourself and your teammates alive, which is crucial in completing the Arch Tempered Kushala Daora quest.

The Kushala Daora's charged breath attack has very heavy damage and can instantly kill you if you're not careful. When you see it raising its wings, make sure to stay away from its face to avoid taking damage.

Tornadoes Will Stagger You

Any tornadoes in the field will stagger you and cause you to drop when you get too near them. Avoid running into them so you won't accidentally be vulnerable when the Kushala Daora focuses its attention on you.