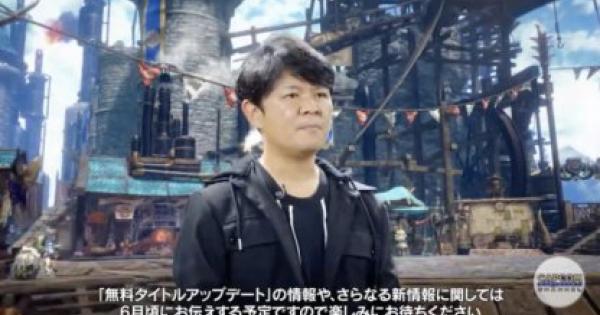 The Free Version 2 Demo of Monster Hunter Rise is set to release from March 11 onward exclusively for the Nintendo Switch.

The 1st demo was released at 5PM PST, so there's a chance that the 2nd demo will be released at the same time.

In addition to the original quests in the 1st demo, the newest quest called "Slay Magnamalo" lets you try your hand at battling MH Rise's main monster Magnamalo. This quest is predicted to be much harder than the Mizutsune quest.

You can still play the Version 2 Demo even if you have the 1st one installed on your device. Simply update the software and you'll find that the newest quest will be added in. The quest numbers will also be reset upon update.

The demo will be available for download on the Nintendo eShop. However, due to heavy strains on servers, many players are experiencing issues starting up the download. It might be worth waiting a while before trying again.

Note that you don't need to repeatedly press the download button: if you press it once, the download will (eventually) begin automatically!

Demo - Is there a Multiplayer, Local Co-op?

The demo has a multiplayer mode for both local play and online coop but is currently not available at the moment. This mode can be played by up to 4 players. Stay tuned for updates!

Local Coop is Available but Limited

You may play with your friends through local coop, however, the number of plays are limited. The Slay a Great Izuchi Quest and Slay a Mizutsune Quest has a total maximum of 30 plays, and once that limit has been reached, you will be unable to play all the 4 possible quests (including the Basic Training Quest and the Wyvern Riding Training Quest).

How to Reset Your 30 Quest Limit

The demo of Monster Hunter Rise has a limit that you can only play 30 quests. However, by deleting your saved data, you can reset this limit and play the demo again!

How To Reset The Quest Limit

There are 5 Quests Available

* The Slay a Great Izuchi Quest, Slay a Mizutsune Quest, and Slay a Magnamalo Quest have a total maximum of 30 plays!!

The former two are tutorials that can teach you how to use the new systems available such as Wirebug and Wyvern Riding, how to control monsters, turf wars, and slam monsters into walls. The latter two are quests in which you can test your newly learned abilities to see if you can defeat your formidable foes! All quests take place in the Shrine Ruins Locale.

Demo - Is The Save Data Transferrable to The Main Game?

Save Data is NOT Transferrable

According to the official website, the demo save data cannot be transferred to the main game. Even if you worked hard to gather items at the demo, you cannot bring them to the main game, so let us just have fun with it.

There is a bonus for players that played the Demo