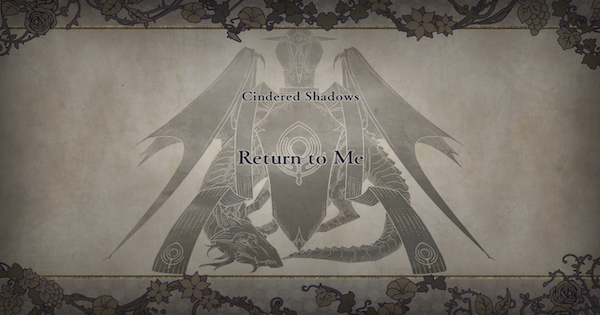 Learn strategy, map, items, conditions, and how to beat Aelfric (boss) in this guide for The Rite of Rising from Cindered Shadows Chapter 6 in Fire Emblem Three Houses (FE3H)!!!

"The Rite of Rising" Strategy And Tips

Step On The 4 Vortices

In order to render the final boss here vulnerable to attacks, you'll need to step on the 4 Vortices in the room with 4 non-Ashen Wolves characters. The level will start with the 4 Ashen Wolves on each Vortex, so you'll have to regroup with them first.

Prioritize The Right Side Of The Room

All 4 of the Ashen Wolves are poisoned and will take damage every turn. You could split up and go for both, or simply focus on the right side and let Yuri and Balthus heal each other up. Make sure to bring plenty of healing items as well!

Send Linhardt To Deal With The Apostates In The Middle

The two casters in the middle of the room can be a nuisance, especially if they hit Balthus. Instead, send a high RES character like Linhardt to deal with them.

Watch Out For The Armorslayer User

One of the two sword users in the top right of the map has an Armorslayer! Keep heavy units like Edelgarde away from this enemy or take it out with range attacks before you move in.

Use Dimitri and Byleth For Aelfric

The boss here can be somewhat tough to take out if you're not careful. We recommend using Dimitri's Tempest Lance, having him move away after attacking, and then following up with Byleth to get the kill. Remember, you have a 20 turn limit here, so don't dawdle!