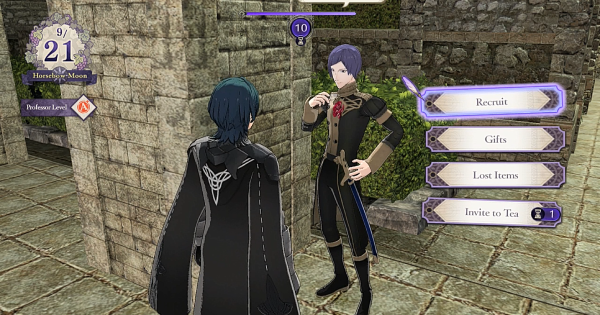 Check out this guide for the recommended best character units and students for recruitment in Fire Emblem: Three Houses! This includes their abilities, strengths and more!!!

How to Recruit Characters to Your House

Talk To Them During Free Days

Inviting students can be initiated by talking to them during your free exploration days. A recruit dialogue will show up when you talk to characters that can be recruited.

Check Out How to Recruit Characters Here

The simplest way to get a character to join your house is to meet their required skill levels. Each one has a set of stats they are looking for.

Students Can Ask To Join

If your Support Level with a student is at Rank B or higher, they may ask to join your House instead of waiting for you to recruit them.

It's possible to recruit former students of the Academy post time skip by defeating them in battle with certain situations. This information needs to be verified and will be updated when confirmed.

Recommended Students To Recruit Per House

Best To Recruit From Blue Lions

Best To Recruit From Golden Deer

Best To Recruit From Black Eagles

Best To Recruit From Golden Deer

Best To Recruit From Black Eagles

Best To Recruit From Blue Lions

Best Recruits When Playing As Any House

The 3 House Leaders, Hubert, and Dedue cannot be recruited when you choose to become professor to other Houses. If you want to recruit or play with the above 5 characters, it's best to choose their House.

Check Out Which House To Choose Here!

When you play the Black Eagles route, there are limitations to certain characters you can recruit. If you choose Edelgard's route, you will not be able to recruit Catherine, Hilda, and Cyril.

NG+ female hero. Able to recruit Catherine and cyril. Though they may leave in part 2 like flayn.

I've also recruited Hilda and Catherine in the Blue Lions route. Hilda because I chose male Byleth, and Catherine when you get to a certain level and chapter.

Some misinformation here. Not totally accurate. Would take with a grain of salt

All he said was IF you were playing BE, not any other route, you can only recruit her in church route