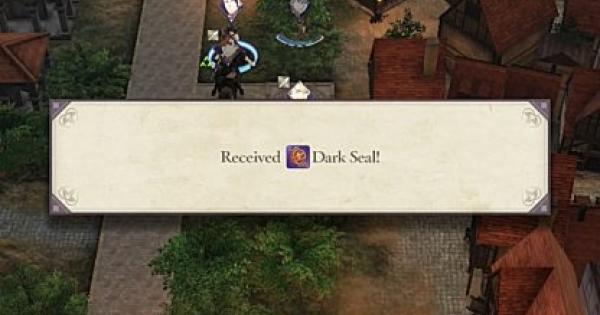 Read this guide to learn how to beat Death Knight and get Dark Seal early in Fire Emblem: Three Houses. Find out how to defeat this enemy during chapter 6 and 8, including gameplay tips and tricks!!!

Best to Beat In Chapter 6 or 8

The Death Knight often appears during certain missions in the game. He appears on Chapters 4, 6, 8 and 12. It drops a Dark Seal which allows for certification of certain classes. Since it is very strong, it is recommended to beat in Chapter 6 or 8.

Check Out The All Story Walkthrough Here!

Use The "Knightkneeler" Combat Art

Since the Death Knight is a horse riding unit, it will be susceptible to the Knightkneeler Combat Art. This lance Combat Art is relatively easy to acquire so invest as much as you can towards your lance skills before the battle.

Use Battalions To Safely Lower HP

The Death Knight has the ability to counter your melee and ranged attacks. Attacking him blindly is a sure way to get yourself killed. However attacking with your Battalion does not trigger a counterattack from the Death Knight.

When the Death Knight's health has been lowered, finish them off with a high damaging combat art. Just in case you will not be able to kill the Death Knight, it is recommended you attack last with a tank unit in order to withstand its damage.

Use Gambit Boost to Reduce Chances of Missing

Missing your attacks against the Death Knight can prove fatal. Maximize your hit chance by using Gambit Boosts!

Prior to challenging the Death Knight, be sure to use your free time to cook a meal with students to temporarily boost your stats for the rest of the month. The recommended stats to boost are STR, MAG, or DEF.

The Death Knight has a high damage output which can take down even your high level units. Be extremely cautious when fighting this enemy in Classic Mode. However, you may also choose to chip away at Death Knight in Casual Mode since there is no perma-death in this mode.

Use Divine Pulse To Retry

If any unexpected occurrences happen during your fight with the Death Knight, you can use Divine Pulse to reset and try the fight again. Please note that the number of uses of Divine Pulse is limited per battle.

This Fight Is Optional

The Death Knight battle in Chapter 6 and 8 are both completely optional. Unless you need the Dark Seal, you may choose to bypass this battle altogether.

How To Beat & Get Dark Seal In Chapter 6

The Death Knight occupies a special tile that boosts its resistance. However, you will be able to disable this by pulling the lever on the Northern Warp Room.

Just get Lysithea to kill him using Dark Spikes T

I've been able to beat Death Knight by using monk skill Draw Back. Had two units with this skill and just had everyone unload they Gambit on him then draw them back before the end on the the turn. Kept rotating until he's dead.

Alternatively, just beat the map as normally. But before defeating the last enemy, use a thief to steal the seal and quickly end the chapter before the Death Knight attacks your thief.