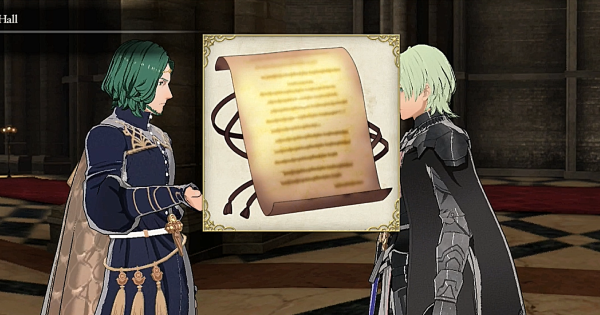 Preparing For The Valley Walkthrough Chart

At the start of this month, you can complete Anna's quest in the monastery to unlock her shop. She carries unique weapons, armor, and consumable items that boost stats. You can also purchase Master Seals from her.

4. Fight Familiar Faces In This Mission

In this month's mission, you'll have to fight a familiar face. Joining the battle is Ashe from the Blue Lion's House and he is one of the enemies you have to fight.

Face Ashe In This Battle

In this mission, you'll see a familiar face from the Blue Lions House. You'll have to face Ashe in this fight. Defeating him will kill him while leaving alone will keep him alive.

Use Heavy Armor Or High HP Units Against Ashe

Ashe can critically hit vulnerable units with his powerful bow and arrows. When facing him, make sure to move forward units that specialize in Heavy Armor or those with high HP bars.

Map Has Magma That Deals Damage Over Time

The map of this battle will have various magma spots. Leaving a unit on these tiles at the end of a turn will deal damage so it's best to keep them away from these tiles or have a healer nearby to out-heal the damage.

The initial objective of this fight is to defeat the enemy commander. Doing so will instantly win this battle for you.

Keep Judith Alive When She Arrives In Map

After some turns, Judith will arrive with some men into the battlefield. This will update your objectives and you have to keep her safe in order to not fail the mission.

Ash is recruitable here if you recruited him before the time skip. I thought I forgot him and panicked. You just have to "kill" him and then you get the option to "persuade" him to fight for you.