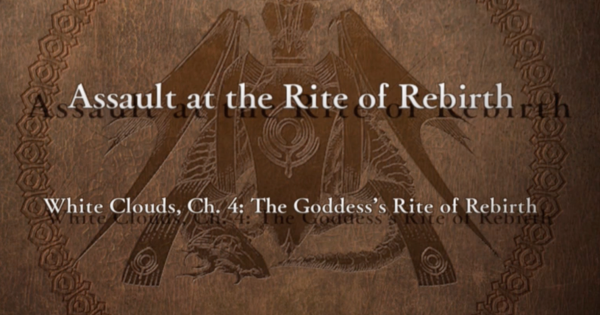 Assault at the Rite of Rebirth Map Info (Normal)

Assault at the Rite of Rebirth Obtainable Items & Equipment

Assault at the Rite of Rebirth Strategy Guide

The Mysterious Mage is the general in this fight! They are located at the far end of the map. Engage the mage using your most powerful units since it is occupying a Pray Stone.

Required To Defeat General In 25 Turns

Another requirement for you to win this battle is to defeat the boss within 25 turns. You will need to think carefully and move efficiently to fight your way through waves of enemies and defeat the boss!

It is advised that you split your team into to groups. One team will fight enemies and work their way up on the left side, while the other will fight through the right side of the map. This is to help save time and easily move up the map.

Map Is Littered With Special Terrain

The map is filled with special terrain that has unique effects when a unit is occupying the tile. Make sure to occupy these tiles when engaging enemies to reap their benefits!

Death Knight Is Present On Map

The Death Knight will be present on the map. You shouldn't attempt to attack the Death Knight since all of its attacks are potential one-hit-kills, but there are ways to beat him.

Check out Tips on How To Beat Death Knight Here!

Death Knight Will Not Move

The Death Knight will not move from its position for the whole duration of the battle. It will only start moving and drawing aggro when it is attacked by one of your units. This means that you can ignore it on the map.

Three more enemies will be coming from your team's initial starting point which will give the enemy an advantage to attack you from both sides. Leave some high damage dealing units at the starting area to make quick work of them.