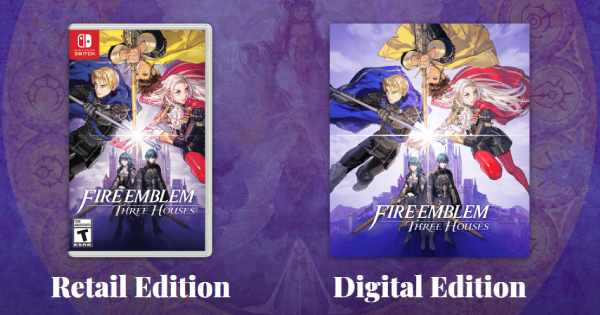 Which Edition Of FE: Three Houses Should You Get?

The Standard Edition comes in a physical copy or digital download. Players who are new to the Fire Emblem series should consider getting this edition as it only comes with the base game.

For long-time fans of the Fire Emblem series, the Seasons of Warfare collector's edition provides the base game and a slew of physical bonuses.

Fans who see themselves playing Fire Emblem: Three Houses for a long time will enjoy the Standard + Expansion Pass bundle as this gives them launch day bonuses and access to any upcoming DLC.

Currently, there are no pre-order bonuses announced for any edition of the game.

The Base Game Edition Of Fire Emblem: Three Houses

The Standard Edition of Fire Emblem: Three Houses is a basic package that doesn't include any bonuses. This edition only comes with a single copy of the game.

Base Game With Physical Merch Bonuses

The Seasons Of Warfare edition includes the base game and a bunch of physical bonuses. Bonuses include an artbook, steelbook case, soundtrack a calendar and custom packaging.

Base Game With Expansion Pass Bundle

This bundle gives players the base game plus an Expansion Pass. The Expansion Pass will give cosmetic skins as a bonus on launch day and future updates will include new story content, more skins, etc.