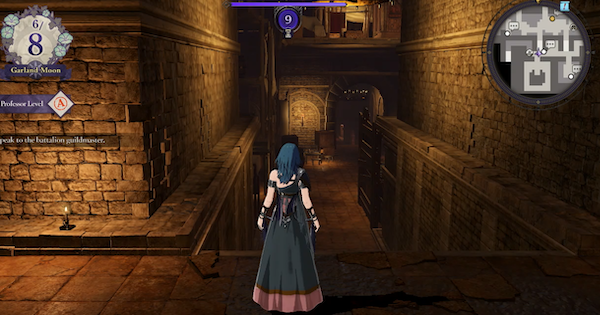 What Is The Abyss

A Hidden Town Beneath Garreg Mach

The Abyss, or simply "Abyss", is a secret community located in the depths of the Monastery. It is an explorable area that you can enter at will while playing through the game.

The Abyss can be visited while playing your main file! This means you'll have to progress somewhat through the separate DLC content before you can visit it!

After clearing the DLC, you will be able to recruit the 4 new characters into your house once you reach Chapter 2 of the main story. Simply talk to them and select the Recruit option.

Check Out What Can You Do After Beating The DLC Here

Talk To Characters To Get Quests

Characters in Abyss will also have quests to offer you. These can give you items or unlock new features related to Tea Parties and Lost Items! Make sure to complete all of the quests you get here.

Find Out What Other Quests Are Waiting For You After DLC!

Improve The Abyss By Spending Renown

The hooded old man, simply called "Influencer", will help you make Abyss flourish at the cost of Renown. Some of these options will require you to progress further into the story to be unlocked.

Unlock As Fast As Possible

All of these improvements are quite worthwhile and are not particularly expensive. You shouldn't hesitate to unlock them all as fast as you can!

Get Items From The Scrap Heap

By researching "Encourage Recycling", you will gain access to periodic item spawns in the Scrap Heap. Make sure to check back here during your exploration!

The Pagan Altar has two main functions. The first is that it allows you to "trade" items for Renown. The second is that it lets you purchase items such as weapons using renown.

At the Altar, you will be able to exchange the following items into renown:

Buy Weapons And Other Items

You can purchase weapons and other items at the Pagan Altar by spending your Renown. This is a particular good chance to get many Brave weapons, as they are extremely strong. Most weapons will run you anywhere from 400 to 1000 points.

Using this item, you can get an item which will allow you to upgrade your character to one of the four new classes introduced in the DLC! You can get this item by spending 750 points of Renown.

Check Out The 4 New Classes Here!

The Mysterious Teacher will only appear in the Inn after you've completed the Influencer Undertaking "Reduce Inn Prices." This will cost you a combined total of 2000 points of Renown.

The Mysteirous Teacher will evaluate your characters' stat growth by assign anywhere from 0 to 5 stars to each of their stats. The better your stats, the higher the rating he will provide you.

The Astrologer is a feature unlocked later on in the game which will allow you to spend Renown in order to improve the support level of 2 characters! Use this to improve your characters' relationships! You can also connect the fate to ensure that two characters you've chosen will have special ending.

After Chapter 13, go talk to Influencer and unlock the Summon the Wayseer by paying with Renown. After that, finish the quest called Divining Destinies to unlock Wayseer.

Check Out Other Ways To Raise Support Levels Here

You will be able to access the Shadow Library located in Abyss. Read all the banned books hidden underground and reveal the secrets.

How To Unlock Shadow Library

After Chapter 13, go talk to Influencer and unlock the Organize the Shadow Library by paying with Renown. After that, finish the quest called Banned Books to unlock Shadow Library.