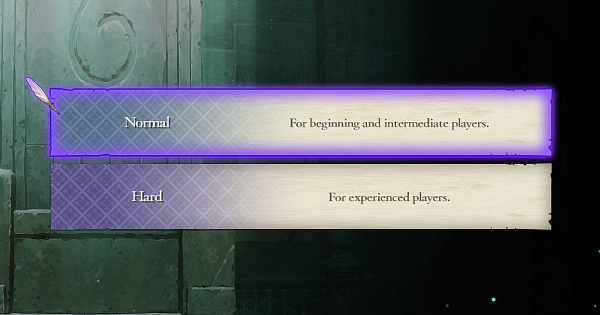 Find out Fire Emblem Three Houses' Difficulty & Mode settings here. This includes the available difficulties and modes, how to change them, and more. Find out which difficulty you should choose!!!

Available Difficulty Levels & How to Change

Whatever difficulty setting you choose will affect the combat in your game. This includes how much stronger your enemies will be and their placements during fights.

Normal is recommended for new players or to those who would rather focus on progressing the story. It's the basic of the difficulty settings.

Hard amps up the difficulty when it comes to combat. This is recommended for more experienced players or to those who are familiar with the series combat mechanics.

How to Adjust Difficulties

At the Start of a New Game

Upon starting a new game, you'll be prompted to choose your difficulty before the first cutscene.

Anytime in the Game

Players are free to change their difficulty anytime during their playthrough. However, it can only be done to lower difficulty. Raising the difficulty will require you to start a new game.

Available Modes and How to Change

Modes will dictate whether characters in the game will die or not when they lose in battle. Death is permanent and cannot be reversed so choose your mode carefully.

Check Out Points of No Return Here

Classic, on the other hand, will apply permadeath to any character who loses in combat. This means characters, even those you romance, can be cut from the game.

How to Adjust Modes

Can Only Be Done at the Start of the Game

Players can only chose the modes they want to play at the start of a new game. Modes cannot be changed anymore after this.

Where do I go in the menus to change difficulty in game? Currently in Maddening and want to drop down to Hard.