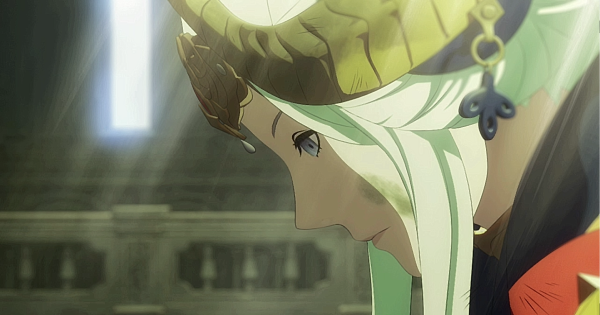 2. You Will Immediately Fight Edelgard

Make sure that before you get to this chapter, all of your units are fully upgraded into their best classes, along with their weapons. You will immediately fight Edelgard and her army as soon as the dialogue with your house ends.

Edelgard has a range that spans the whole map. She will attack every turn as long as there is a unit within her range. However, she doesn't do much damage, and units with a high DEX and SPD stat will be able to dodge most of her attacks.

Recommended Route: Push The Left Side

Since the Victory Conditions for this battle is to defeat Edelgard, you can opt to ignore other enemy units. One of the safe routes you can take is to fight your way through the left side of the map. Myson, the hard-hitting mage is not on this path.

Bring A Bishop With Fortify

Having a Bishop around is very useful since they have a heal that affects multiple units in an area of effect. Have them close to your units for another way to sustain your team other than Elixirs and Concoctions.

Use Arms To Damage Far Away Enemies

The map will feature floor tiles which allow certain units to fire long-range attacks at enemies. Use these "Arms" as much as you can to dispatch incoming enemies. Take note that only certain classes can use these special tiles.

Enemies will spawn at the end of every turn. They will be coming from the staircase close to your team's starting point. You can stop enemies from spawning by securing the stair area. However, you can choose to ignore it.

Since most of the enemies that spawn are ground units, your heavy hitting and tank units will be able to deal with them. Leave some of them near the staircase to draw their aggro while your other units head to Edelgard.

Hit Edelgard With All You've Got

Make sure to bring hard-hitting units with you as Edelgard will have a barrier that lets her take less damage. Break the barrier with Gambits, then lay down the pain with your best attacks!

Edelgard has 4 HP Pools which makes her one of the tankiest enemies in the game. Bring a Faith Magic user to the fight in order to sustain your units long enough for them to defeat Edelgard!