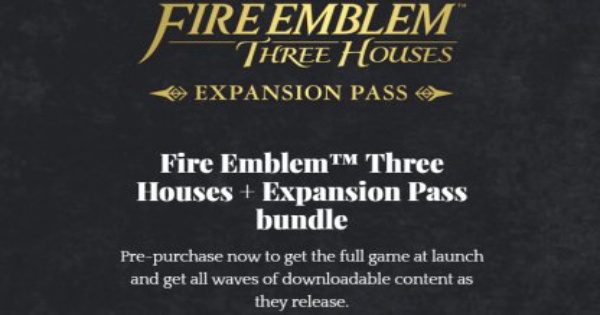 Check out this Fire Emblem: Three Houses guide to learn more about the Expansion Pass and upcoming DLC! Find out about the details of new contents, updates, release date, prices, & how to buy the expansion pass!!!

The newest Cindered Shadows DLC has unveiled a new 4th house: The Ashen Wolves. 4 new characters are introduced, whom can be recruited in the main story after you finished the side story.

This will be updated when more information is confirmed!!!

What Is The Expansion Pass?

Purchasing the Expansion will allow you to immediately download and play all four waves of DLC as soon as they are released without having to pay each time! Please note that a copy of the game is required to play the upcoming DLCs.

Should You Buy The Expansion Pass

Buy If You Want To Get More Out Of The Game

If you are planning on playing Fire Emblem: Three Houses for a long time, be sure to purchase the Expansion Pass. It has enough content to keep you busy for a long time! Get all the DLC with a one-time purchase!

Not Recommended To Buy Separately

Each DLC wave can be purchased piecemeal. This is a good way to save on cash if you are only looking forward to a single wave of DLC. However, it is recommended to buy the bundle instead if you're planning on playing all four waves of DLC.

How To Buy The Expansion Pass

Using your Nintendo Switch, head to the Fire Emblem: Three Houses page in the Nintendo E-Shop. You will be able to purchase the Expansion Pass by scrolling down on the game's page.

From your smartphone or PC, head to the My Nintendo Store, and search for Fire Emblem: Three Houses. Once you select it, select the Expansion Pass from the Add-On Content section to purchase.

Purchase a download card specifically for the Fire Emblem: Three Houses Expansion Pass from any video game retail store. Use the code written on the card in the Nintendo E-Shop to get the Expansion Pass for the game.

Since I'm only interested in just the story related dlc I think getting it separately will be fine by me.