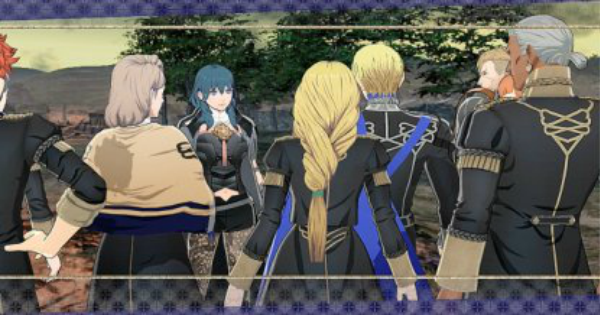 Starting from 11/9, there will be Paralogue Battles available for you to play. Both of these have a suggested level of 15 so make sure to properly level up all of your characters or you will suffer the consequences!

Learn How to Level Up Fast

The Calamity at Remire Battle Tips

In order for you to rescue the villagers, you will need to kill their attackers. Villagers will not be considered rescued until you have successfully eliminated the enemies following them around.

Commander Is On Southern Part of Map

Advance your units to the Southern part of your map. Once you reach a certain point. The commander will reveal himself. The Death Knight will also start killing off allies, but you can ignore him as he is far from Jeralt.

Check Out The Calamity at Remire Battle Guide Here!Check Out All Story List & Guide!

hildas relationship goes up if you say its horrifying, not down

An acquaintance of yours? (Neutral)
He called you his nephew... (Neutral)

In the library (Sothis +)

I felt the same. (Dimitri)
→ To be confirmed = Dimitri relationship up

The Flame Emperor said he wasn't involved. (Dimitri)
→ To be confirmed = Dimitri relationship down

That nice of you make the relationship go up just so you know.i just wanted to help