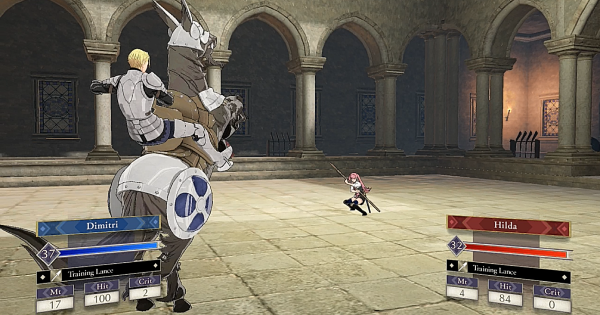 Check out this Fire Emblem: Three Houses guide about In-House Tournaments. Find out how to unlock the activity, tournament rewards, tips to win, and more!!!

How To Unlock In-House Tournaments

To unlock In-House Tournaments, you need to complete Caspar's Quest in Chapter 4. When you complete the quest, you'll be able to participate in tournaments during your Free Time when you choose to explore the monastery.

For In-House Tournaments, you can assign a single student to fight against another student from a different House. There will be a specific weapon or magic to be used during the mock battle.

The tournament has several rounds that your student has to survive through. Those who get to the Finals will win the tournament and the rewards.

When you check your calendar, be sure to look at the bottom for the weapon theme and rewards of the month's In-House Tournament. These are usually Seals or strong weapons that'll make your fights more advantageous.

Take note that In-House Tournaments usually cost 1 Activity Point for you to join. Keep this in mind when planning your activities during your Free Time.

Get Gold & Useful Items When You Win

When you win the In-House Tournament, you'll get the full monetary prize and useful items such as Seals or weapons.

Even if you don't with the tournament fully, you'll still get compensatory monetary prizes that will be a fraction of the full money prize. You won't receive the item, however.

When you participate in In-House Tournaments, you'll also receive a slight increase in your Professor Level.

It's important to choose a student with a really long HP bar because you don't replenish HP after every match. Surviving through the whole series of matches will be a challenge if you send in a student with a low HP bar.

Use "X" Button To Heal Student Between Matches

If your student is running out of HP, you can heal them between matches by pressing the "X" button. Take note that you only have a limited number of HP heals within the tournament.

Yes, crazy important to note that you lose automatically if you don't beat them in a certain number of turns. It's pretty annoying there isn't a lot of word on this when constantly looking up **** for this game