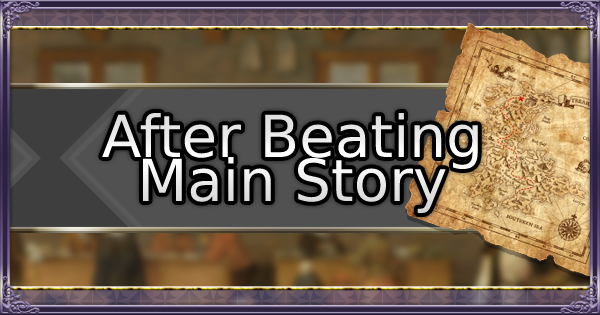 Read this Fire Emblem: Three Houses guide to learn more about what you can do after beating the game! Find out how long it is, replayability, DLC, & more!!!

Experience All Endings In Fire Emblem

Replay The Game As a New House

Depending on which house you choose, you will most likely remain under that house until you finish the game. However, that is just one side to the story of Three Houses. To experience all endings, you can replay the game under a different house!

Check Out The All Story Walkthrough Here!

After completing the game once, you will unlock New Game+. Here you will be able to replay the game, with a few bonuses and advantages.

Check out New Game Plus Here!

After the official launch, players who opted purchasing the Expansion Pass will receive four waves of DLC that will be available to them as soon as they're released. These will open up new story content, additional quests, & more!

Check Out Which Edition to Get Here!

As stated in their official site, all of the upcoming DLC will be released by April 30, 2020.