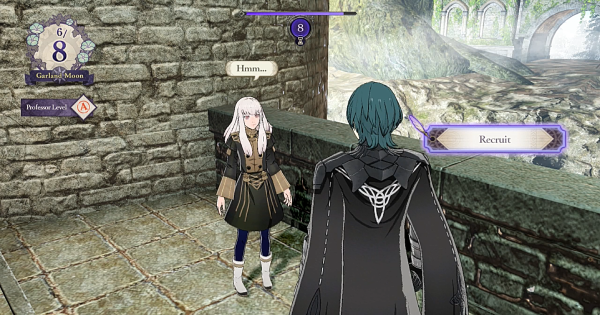 Find out how to ask & recruit characters in Fire Emblem: Three Houses in this guide! This includes the recruitment requirements!!!

Recruit Other Students Into Your House

Wish a specific character was in your house instead? That can easily be fixed by recruiting them into your house! With this, you can create your dream roster when it comes to battles!

Check Out the Houses & Characters Here

Don't even bother trying to recruit House Leaders. Unlike other students, they cannot be swayed to leave their houses. There are also some other students that cannot be recruited by default.

How to Recruit Characters

NEW! How To Recruit From Ashen Wolves

The 4 new characters from Ashen Wolves can be recruited in the part 1 of the main game. In order to do that, you need to make progress in the side story Cindered Shadow. Finish the side story first to recruit them all!

1. Invite them by Talking to Them During Free Days

Inviting students can be initiated by talking to them during your free days. A recruit dialogue will show up when you talk to characters that can be recruited. Scouting does not consume Activity Points.

Know More About What You Can Do During Free Days Here!

You can raise your stats by visiting Instructors during Free Time and availing the Faculty Training. Faculty Training consumes 1 Activity Point but greatly raises your desired stat. Use this if you want to dramatically increase a stat in one day.

Characters that have a high support level with the main character lower their requirements for scouting. This means that even if you have a low level for a specific skill, raising the support level may convince that character to join your House. Be sure to raise your Support Level with the character that you want to recruit.

You Cannot Recruit The Whole House

Unfortunately, you cannot recruit a whole House. House leaders and some characters are locked from scouting due to story purposes.

Check Out the Recommended Recruits Here

3. Talk Or Wait For Them

Talk to Characters To Recruit Them

Upon meeting their required stats, simply talk to characters to recruit them. An option of accepting them and rejecting them will then appear and agreeing to take them in makes them a member of your house.

Wait For Them To Join

If you mistakenly asked first before meeting a character's requirements, fret not. As the week passes, there might be a chance that the character will approach you during the weekdays to ask to join your House. You will then have a chance to accept or reject them.

Recruited Characters Can Be Deployed

The obvious benefit of having another character joining your stable is that you can deploy another character into the battlefield. While the number of participants in a battle is limited, each character has its own unique skill that may prove to be beneficial to your fighting style.

They Can Be Instructed

Once recruited characters join your house, they can get the privilege of getting taught by you. You can change their goals, grow their specific skills, and change their classes.

Characters from your selected House have Support Conversations with characters from other Houses. To view this, having them in battle and increasing their Support is the easiest method. While you can request build Support with them through the "Mission Assistance" function, having them in your House is better as recruited characters stay indefinitely.

You Can Recruit Non-Student Characters

Scouting characters is not limited to students. Instructors can also be scouted. These characters can be recruited as you progress the story.

Have a High Support Level with Them

Having a good relationship with a character will override their required stats. You can do this by spending time with them or choosing the right dialogue option when talking.

Also correction. Shamir stays for Empire route if people don’t know already (hint from Hubert’s support option with her). Hilda can be recruited to all routes except Empire (will stay I think if you choose Church).

GD Retainer is not part of the school, can only meet then after the war breaks out.