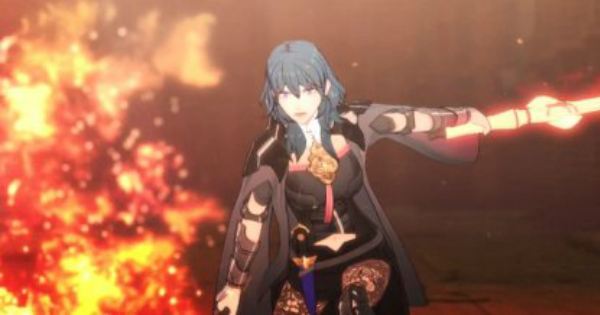 The House Leader will ask you to collect more information on the enemy by talking to the people while exploring the Monastery. NPCs you need to talk to will be highlighted by red paper icons on your minimap.

Completing Caspar's quest will unlock the Fighting Tournaments activity in the Training Grounds. You will be able to enter any of your students in fighting tournaments to gain gold and weapons as rewards.

Completing Ferdinand's quest will unlock the Tea Time activity. Here, you will be able to have some tea and converse with a student of your choice 1-on-1. You will also get to pick conversation topics while drinking tea!

During this event you will be able to catch larger fish than normal. If you have the bait, why not go down the Fishing Pond to catch some big fish!

The head chef will prepare a mysterious specialty during this day. Effects of this dish will be enhanced for those students that you invite to eat. However, only luck will decide whether it's a delicious meal or not.

Assault at the Rite of Rebirth Walkthrough Chart

Check Out The Next Story (Chapter 5) Walkthrough Here!

Assault at the Rite of Rebirth Battle Tips

DO Not Engage The Death Knight

Death Knight is located at the center of the map. He is very tough considering this is a Lv.7 engagement (he is Lv.16), and can one-shot-kill most of your units, so do not engage him.

The Assault at the Rite of Rebirth Battle Strategy Guide

Attack From The Left Or Right

The aforementioned Death Knight prevents a direct strike from the middle, so move in from the left or the right. Or, you can split your forces into 2 to recover both Treasure Chests.

Use The Special Terrain To Your Advantage

This map is filled with Special Terrain that would grant Res., Def. and etc. Enemies in this encounter will spam you with magic attacks, so use them to protect your troops!

Enemy Reinforcements Will Show Up

Enemy Reinforcements will arrive from the bottom of the map after the battle starts (whether its triggered by time or damage dealt to existing enemies are unknown). Divert your forces to deal with them as you see fit.

To beat death knight ch4. invite leonie, she comes with the knightslayer spear attack. get many students to have that attack and kamikaze til he falls.

It's a distraction has a positivie response

So are we gonna get a golden deer walkthrough as well?