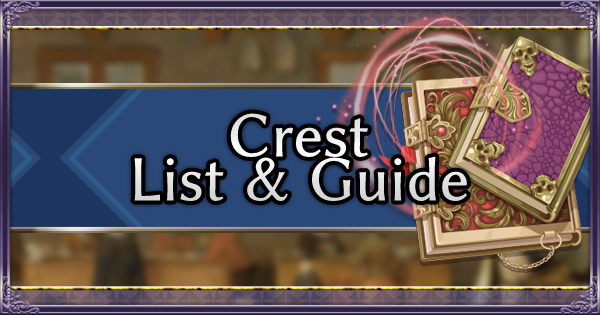 Check out this guide detailing each Crest found in Fire Emblem: Three Houses. Know more about their holders and their effects using this guide.

Crests are part of a characters status. Each one has its own specific timing and effects. Make good use of each Crests and play with their strengths to easily win battles!

Not All Characters Have A Crest

Only specific characters have Crests. You can check out which Crests they carry using the Roster screen.