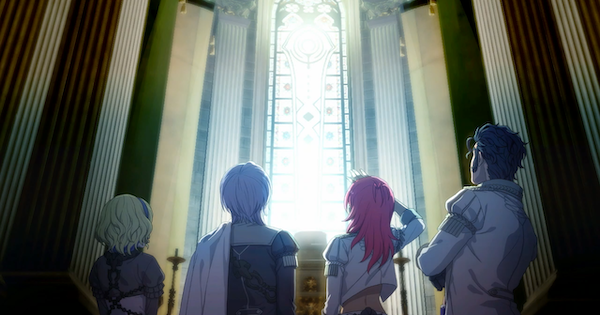 How To Go To Abyss

After you've beaten Cindered Shadows, go to your main story's saved data. After Chapter 2 of the main story, a Shifty Merchant appears just right next to your Personal Quarters. By talking to him, he will take you to Abyss.

You can scout 4 new characters from the Ashen Wolves (Yuri, Hapi, Balthus, and Constance) in the main story in Abyss. Talk to them to recruit those members. There are no requirements when recruiting them.

New Quests In The Main Story

New Quest: "Flowers For Her"

After Chapter 7, Talk to a monk in the area above the Knights' Hall to get a quest to place some flowers on the main character's mother's grave. Next, go to the Greenhouse and pick up the Valerian (flowers). Return back to the Monk to get the reward, a Flower Adornment.

This Paralogue event occurs when you've scouted Balthus and Hapi. You will then have to take on a somewhat challenging mission to complete this. As a reward, you'll get 2 Batallion and a very strong Gauntlet weapon for Balthus. This Paralogue is only available until 2/22.

This Paralogue event occurs after Ch.8 of main story only when you've scouted Yuri and Constance. As a quest reward, you'll get 2 Batallion and a very strong equipment called Fetters of Dromi. This Paralogue is only available until 2/22.

In the main story, you can change your class to 4 new classes; Dark Flier, Battle Monk / Battle Cleric, Trickster, and Valkyrie. Note that you need an Abyssian Exam Pass to become these classes. Abyssian Exam Passes can be purchased with Renown at the Pagan Altar in Abyss.

After you've cleared the DLC, you can get a new item called the Chalice of Beginnings in your main game. Go to your Personal Quarters and check your bed to get the Cindered Shadows Rewards.

Chalice of Beginnings - Effect & How To Get