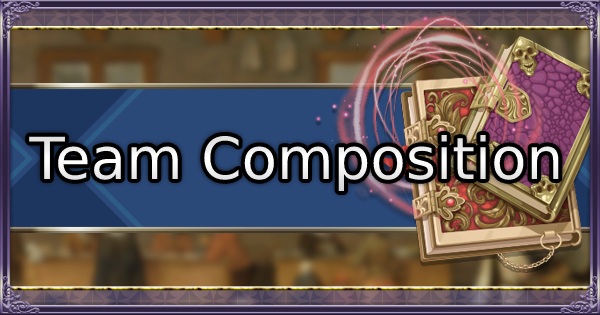 Check out this Fire Emblem: Three Houses guide to learn more about the best characters per class! Find out strengths of all classes, team composition, recommended characters and more!!!

Ability To Attack 1 to 3 Tiles Away

Skills For Classes That Use Bows

One of the benefits of using a Bow user is that you will be able to counter enemies attacking you from an adjacent tile, all the way up to 3 tiles away. This ability allows them to effectively whittle down enemies that are attacking them.

Flying units have a unique feature of ignoring terrain. This allows them to move to any location as they please. This allows flying units to hunt down low hp enemies and deal the final blow. They can also make another move after doing certain actions.

Flying units will be most useful when rescuing villagers who cannot fight back against enemies. Since they ignore terrain, they can quickly get to enemy locations and defend helpless units.

Heavily armored units have a very high defense stat. This allows them to tank most physical attacks done by enemies, and at times even take no damage from these attacks. You can put them in the frontlines while your other units can flank strong enemies.

A disadvantage of heavy armored units are that they do not have a lot of movement. This means that they may not be able to chase low-hp enemies when they start to flee. Heavy armor units are best used in the frontlines to absorb damage.

Use To Tank Monster Attacks

Monster attacks are powerful, and can decimate a unit's health. However, putting a heavy armored unit with a shield in its range will allow it to tank the attacks, while your more powerful mage units can dispatch it from a safe distance.

Raising a unit's Faith stat will allow these magic units to help and assist allies by healing them on the battlefield. This is an alternative for using healing items, and will allow you to save some money, and allow you to gain XP for that magic unit.

More than half of the enemy units that appear in-game will have low defense against Reason type magic. This means that your Reason magic users will have an easy time mowing down enemy defenses.

Make sure to place your magic units in a safe tile where they will not draw the aggression of enemy units. If an enemy gets close to them, your magic units might suffer greatly from physical attacks.

Move Around The Map With High Mobility

Cavalry units possess a high mobility, allowing them to move around the map with ease. This allows you to get in and out of fights easily, especially since you can move again after attacking,

Despite the cavalry's high mobility, you will need to keep track of the terrain. There may be difficult terrain where cavalry units will have a hard time navigating. When moving across these tiles, they may have less movement than walking units.

Does Not Take Extra Damage From Enemies

Despite not having the unparalleled freedom to move around the map like flying units, cavalry units do not take extra damage from bows and magic attacks, which makes them tougher units on the battlefield.

Have A Well-Balanced Team

It is important to have a well-balanced team in Fire Emblem: Three Houses. Having a good mix of physical, magical, melee, and ranged units will allow you to be ready for any situation that presents itself in the battlefield!

Physical Units Should Make Up Most of the Team

Make sure that a majority of your team is comprised of physical damage dealers. Since most of your enemies will also have physical units, you will need to have a lot of physical units to keep your magic users safe.

Team Composition Based On Movement

1 or 2 Cavalry Can Increase Team Versatility

Having 1 or 2 cavalry units on the battlefield will certainly increase the team's versatility. Due to their high movement, they can be used to flank strong enemies, and open chests. However, pay attention to the terrain as this may hinder their movement.

The greatest advantage of the flying unit is the unrestrained movement around the map. However, since they can take extra damage from certain attacks, it is best to keep only one of them, and use them to rescue helpless allies.